Part 1: Electrical-Grid Reliability, Resilience, And Why It Really Matters 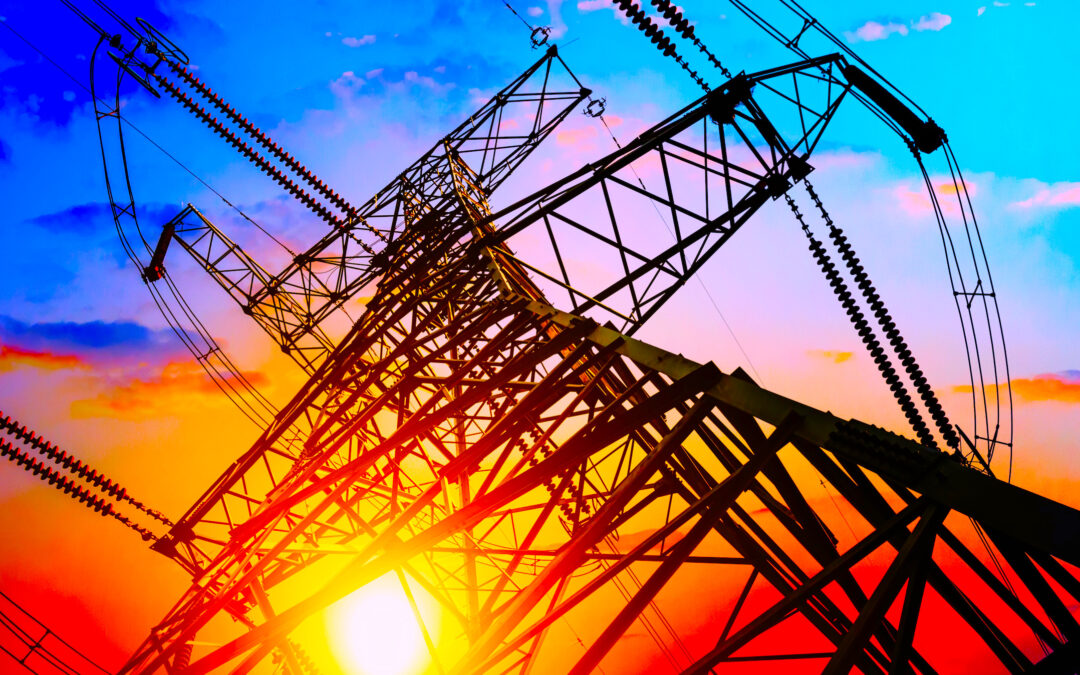 It is 2022, and we are discussing electrification of everything, a transition to all-electric vehicles, the integration of new power sources, and a general change from fossil fuels to alternative energy. Somewhere out there is a fleet of power-generation that powers a complex network, referred to as the grid, that ends at your electrical and electronic equipment, including the device on which I’ve written this article and the one on which you’re reading it. The bottom line is that we depend on electricity and its availability to enjoy our standard of living and are lost when it is unavailable.

While the terms “reliability” and “availability” are often discussed when it comes to this vital resource, and the meaning of the term “power quality” is assumed, they’re not necessarily the same as how we define them in commercial/industrial facilities. Let’s face it, though: Our national defense and economic capability rests on an electrical grid where more than 70% of the infrastructure, including power lines and transformers, is over 25 years old (and vastly overworked).

While talking heads on 24-hr. cable news take political positions regarding the state of the grid (and, in the process, interfere with public policy and opinion on power generation and infrastructure), the system continues to age. And, with past limited governmental support, entire regions of the country are ending up with soft power. Sadly, despite evolving impact and types of use and generation, the existing U.S. power infrastructure has not changed significantly in design since the 1920s.

AS THINGS NOW STAND
The bipartisan infrastructure bill passed at the end of 2021 includes programs and funding for developing new and upgrading high-capacity electric transmission lines. (That includes identification of national transmission needs to support alternative-energy systems coming online.) Right now, according to a report from Lawrence Berkeley Labs, as of the second week of April 2022, over 1.4 Terra-Watts of new energy-supply projects are awaiting approval to connect to the grid. A major challenge to the energy providers is navigating the red tape and being able to transmit that power to where it’s needed.

Based on projected demand growth, to meet demands by 2030, the U.S. electrical grid will need to be expanded by over 60% and be three times its present size by 2050. And all of that will need to occur while we are rebuilding existing infrastructure. The “Building a Better Grid” program includes:

These are areas where organizations such as the Society for Maintenance and Reliability Professionals (SMRP) have been active participants since 2014. On March 15, 2022, I participated in the National Transmission Planning Study launch. I then spent several days in meetings on workforce development and grid reliability, in Washington, DC, in early April. You may be wondering, however, what impact do SMRP’s involvement, the launch of a national study, and those April meetings in Washington have on the quality of power to industrial facilities.

Let’s start with how the Federal Energy Regulatory Commission (FERC) sees reliability, (as defined in the FERC Reliability Primer, of April 2020 ):

Reliable Operation: Operating the elements of the bulk power system within equipment and electric system thermal, voltage, and stability limits so that instability, uncontrolled separation, or cascading failures of such system will not occur as a result of a sudden disturbance or unanticipated failure of system elements.

It is also necessary to understand that reliability is based upon probability (meaning there’s a probability that the grid fails). Consider the following examples: 1) The Northeast Blackout of August 2003 was precipitated by a combination of issues, including poor maintenance of trees, high heat, and a software bug, which led to billions of dollars in losses and more than 100 deaths. 2) Although investigations are ongoing, it’s been acknowledged that maintenance conditions also may have contributed to some fires and subsequent outages in the West and Northwest. 3) And who can forget the deadly February 2021 weather event that knocked out power across Texas as existing generators and fuel supplies froze during low-wind season? In addition to generation issues, the interconnection to the U.S. grid did not allow for enough outside electrical supply to be delivered to the Texas grid, resulting in an estimated 246 deaths, according to the Texas Department of State Health Services.

These examples are types of things we notice as they have very real consequences. There are, however, many other types of events and conditions that aren’t noticed. And they can have an enormous impact on electrical reliability in plants and facilities. Conditions that are deemed reportable are (per US DOE OE417):

As noted in the article  “Seeking Reliable Incoming Power: Electrical Signature Analysis (ESA) At The Meter” | THE RAM REVIEW, conditions that occurred, including a phase issue that continued for 24 hours before the failure of a high-voltage transmission line, were not reportable. And they were only identified because we were performing a study and noted the conditions. The monitoring of that site continues, and variations in phase-to-phase voltage and over/under voltage have been occurring at a more frequent rate (Fig. 1).

Fig. 1. Voltage variations from February 1 to April 16, 2022, read in parallel from the utility meter.
Red, green, and blue denote the phase voltages, and black denotes the average.
Local power is fed from traditional power sources.

Referring to the 24-hr. period of March 7 shown in Fig. 1, note that over-voltage coming into the facility exceeded a 14% peak for an hour and phase unbalance exceeded 7%. For electric machines and most electronic systems there is a maximum of 10% and 5%, respectively, for voltage variation and unbalance. A signature such as that shown in the figure is expected in weak grid conditions and will have a direct, measurable impact on the reliability of equipment in a facility. Luckily, there are internal-mitigation techniques for voltage control at the plant level that can be considered, most of which involve power-factor correction. But in this case, with a utility/customer point of common-connection power factor averaging between 0.84 and 0.88, such mitigation would have a limited effect.

On the power-generation side, as mentioned in “Reliability & Maintenance Opportunities: (Part 9) ‘Bigger Picture’ Case Study”| THE RAM REVIEW, the failing grid has an impact on newer energy sources such as wind and solar. While 24-hr. news cycles, political wrangling, and social media points seem to be won on how variable load systems (also called Distributed Energy Resources – DERs) “impact the grid,” the reality is that these systems are used to stabilize voltage and frequency on the grid. Contrary to urban myths and “talking points,” a 2016 U.S. Department of Energy (DOE) ruling requires electronic controls for wind/solar to be used in ways to maintain power factor and strengthen weak grid conditions (see “Maintaining Reliability in the Modern Power System,” US DOE, Dec. 2016). Similar points are  included in the IEEE Std. 1547 series (“IEEE Standard for Interconnection and Interoperability of Distributed Energy Resources with Associated Electric Power Systems Interfaces) and the upcoming IEEE p2800 (“Standard for Interconnection and Interoperability of Inverter-Based Resources Interconnecting with Associated Transmission Systems”). The real issue under discussion has been the opposite: What is the impact of the traditional grid on renewable energy systems? (See “The Impact of the Traditional Grid on Wind Generation IEEE Paper – EmpathCMS).”

LET’S BACK-TRACK HERE
The original grid was conceived prior to modern electronics and all that entails. Since the 1980s, there’s been a rapid growth of electronic systems in our plants, including energy-saving technologies, such as variable frequency drives (VFDS), lighting, phone chargers, computers, data centers, and much, much more. The power harmonics these technologies are introducing back into the power system are significant. Standards such as IEEE 519 (“IEEE Recommended Practice and Requirements for Harmonic Control in Electric Power Systems”) were developed to reduce the impact of these modern systems on the grid, as well as their effect on other customers on local distribution systems.

Note that In addition to the distribution system, we also observe much higher power and current present on neutrals and grounds in-plant, all of which requires consideration in design. In the 1990s, due to the significant growth of electronic systems and automation in-plants and commercial buildings, the sizing of neutrals in single-phase systems were increased in to reduce the chance of fire. Voltage and current present on neutrals, which are not supposed to be energized, have a direct impact on the reliability of electronic equipment, something we will discuss in an upcoming article.

COMING UP
So far, we have discussed some basics of reliability associated with the grid and what we as RAM Professionals know (and don’t know) about conditions that can shut down plants and facilities. The 2003 Northeast Blackout affected over 55 million people and businesses in the United States and Canada and had an impact of almost 0.5% on the GDP of each country (and  did it in just four days). Businesses were losing a range of $50,000 to $1 million per hour (top 5% of businesses in the region), which triggered many to invest in the ability to island (a topic we will cover in our next article).

In the meantime, with our electrical needs continuing to skyrocket, we are finally beginning to invest in the U.S. grid. And no wonder: As we move forward in rebuilding and restructuring the rest of the nation’s failing infrastructure, reliability and availability of power will be a major concern. Part 2 of this article will discuss just that: grid and power resilience and its impact on plant and facility reliability.TRR