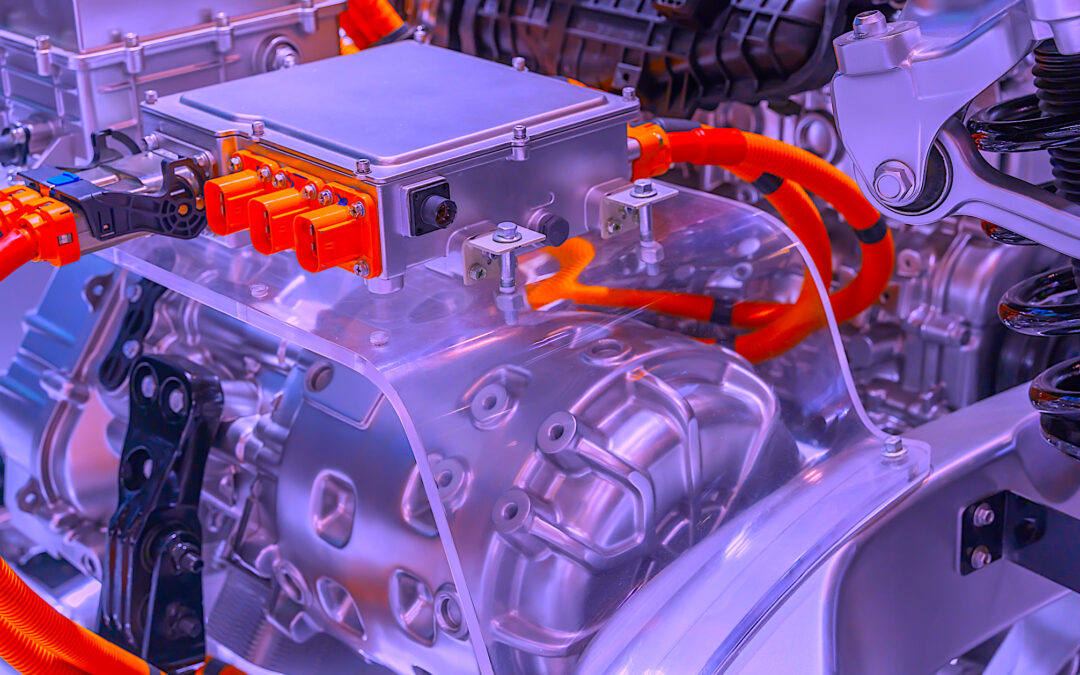 This week, we are taking a slight detour from our ongoing multi-part discussion on Electrical Signature Analysis (ESA) and transformers. This is because the U.S. Department of Energy (USDOE) has just released the second report (Volume 2) of its study of electric motor systems (2021 Edition).

Published this month (Oct. 2021), the Advanced Motors and Drives Supply Chain report reviews, from a U.S.-end-user perspective, specific materials and their availability for efficient motor designs. For context, keep in mind that commercial and industrial electric-motor applications currently account for 29% of all U.S. electrical-grid consumption. That percentage does not include applications outside of electric motors and electrical consumption by private, utility, and transportation segments of the economy. The newly released report presents a stark warning on potential supply-chain issues around electric machines and electrification.

The first section of Advanced Motors and Drives Supply Chain focuses on areas of advanced design, including variable frequency drives (VFDs), permanent-magnet motors, several designs of reluctance motors, and some new technology concepts (still in research). There are, however, a few errors in this report that need to be addressed. They include: 1) the statement that all wind turbines are built with permanent magnets (only a small fraction of the installed U.S. onshore wind-turbine base is); and 2) the statement that synchronous reluctance machines were conceived in 1920 (they were actually presented in an 1893 book, The Inventions, Researches and Writings of Nikola Tesla, edited by Thomas Commerford Martin). While permanent-magnet wind generators are available, the majority of installed U.S. utility-scale wind turbines are wound-rotor machines, such as doubly and singly fed induction generators, among others. (FYI: This situation is due to the respective units’ initial cost, size, weight, and O&M lifecycle costs.)

SPECIFIC AREAS OF DISCUSSION
Regarding simpler electric-motor materials, Volume 2 discusses the use of copper-alloy cast rotor bars versus aluminum and some limited capabilities in magnetic-steel manufacturing. As noted in the report, most manufacturers of magnetic steel are in the United States. However, the small number of such manufacturers, along with the increase in demand for commercial/industrial and clean-energy applications, as well as in hybrid vehicle manufacturing, may lead to bottlenecks and rising cost impacts.

In the quest for increased motor efficiency, research by the copper industry and USDOE had promoted the use of copper alloy rotor bars to replace aluminum alloy motor rotor bars. The challenges associated with such use was increased inrush and reduced slip, which must be considered when applying motors that are presented as premium and super-premium.

Another area in the report’s discussion of common materials focuses on the potential of replacing copper conductors with nanotube materials, which can provide better conductivity than copper. At present, this capability hasn’t been scaled to manufacturing outside a laboratory environment. (Based on personal experience, though, I know that nanodielectric insulating technology advanced rapidly in only a few short decades from concept to commercial application.) This new report sees the concept of nanotechnology as a stopgap between conductors and super-conductors, which require specific cooling and pressure requirements that are not yet feasible for commercial applications.

A major part of Volume 2, as its title implies, is the supply-chain section and discussion of rare-earth-magnet materials. As noted in that section (and elsewhere, for that matter) China is the source of a vast share of available materials for permanent magnets used in electric motors, including those for hybrid vehicles. And there’s no guarantee of a steady supply: The supply-chain section cites the example of China restricting exports of rare-earth materials in 2010, during tensions with Japan.

As shown in Fig. 1 below (based on Fig. 3 in the report), the second largest source of crucial rare-earth materials is the United States. (Note that most rare-earth mining operations in the U.S. are owned by foreign interests.) The third largest source is Burma (Myanmar), and the fourth is illegal mining in China (unreported). Due to supply-chain disruptions of rare earths, the U.S. Department of Defense (DOD) awarded $30.4 million under the Defense Production Act Title III to Lynas Rare Earths Ltd., in Feb. 2021, for further development of domestic light rare-earth processing. Research on materials that are more readily available is ongoing. 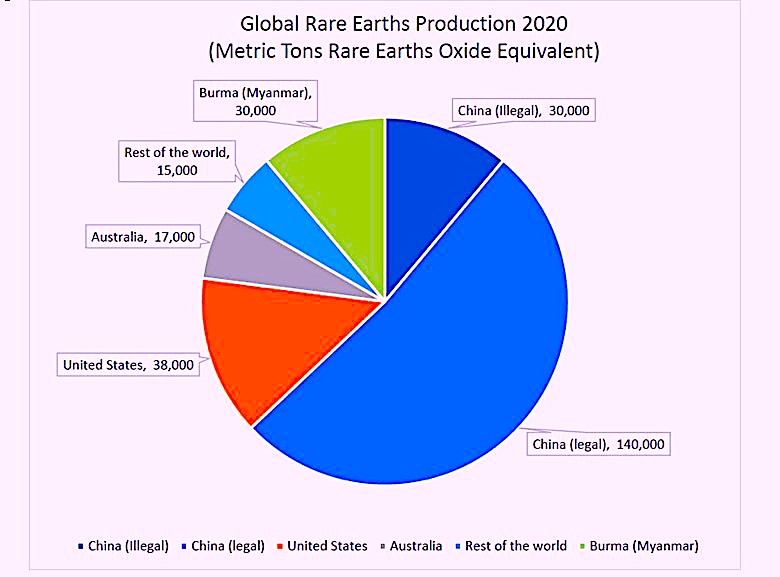 Volume 2 wraps up with a discussion of wide-band power electronics as a potential replacement in variable frequency drives. These allow for higher frequencies and higher temperatures than present IGBTs (Insulated Gate Bipolar Transistors) used for VFD ouput. However, as these materials are not widely used within industry and carry higher costs, it’s not clear as to why this discussion is included in the new report other than to identify potential replacements for existing technology (which is done elsewhere in the document).

CONCLUDING OBSERVATIONS
Overall, the recently released report in Volume 2 appears to be a good reference for identifying potential material issues associated with the global supply chain and advanced motor technologies. The information, however, is primarily of interest to manufacturers and researchers, including the identification of where additional resources should be applied. Other than as topics of general interest, such details may not be significant to users of electric motors. I suspect the report titled, “Energy Savings Opportunity,” in Volume 3 will be more relevant and interesting for end users. Among other things, it will discuss energy performance improvements and preventive/predictive maintenance programs. At this time, there’s no information on when that next report will be released.TRR

The first two  reports (Volumes 1 and 2) from  USDOE’s Electric Motor Systems Study, 2021 Edition, can be accessed through the following links:

ABOUT THE AUTHOR
Howard Penrose, Ph.D., CMRP, is Founder and President of Motor Doc LLC, Lombard, IL and, among other things, a Past Chair of the Society for Reliability and Maintenance Professionals, Atlanta (smrp.org). Email him at howard@motordoc.com, or nfo@motordoc.com, and/or visit motordoc.com.