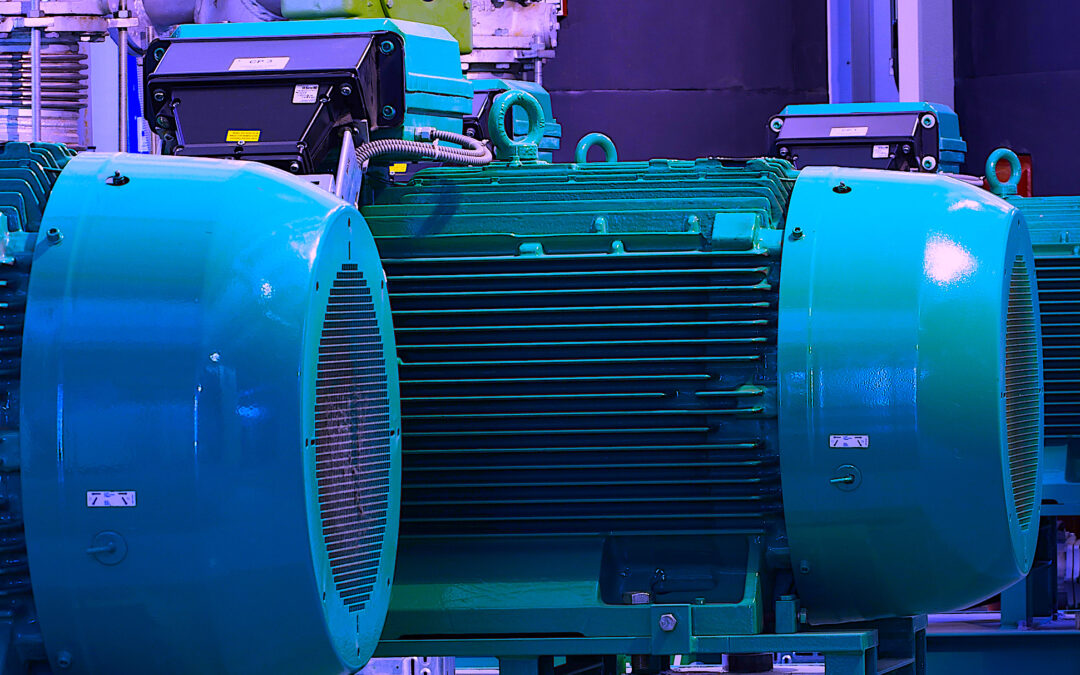 As noted in Part I of this article series (Feb. 14, 2021, see link below), the purpose of the “U.S. Industrial and Commercial Motor System Market Assessment Report” is to provide information on the current state of electric motor-driven systems in United States commercial and industrial sites.

There were several reasons for this study. The prior research, performed in 1996 and reaffirmed in 2002, was hitting the two-decade mark in terms of age. Furthermore, it was generally assumed that the economic collapse in 2009 had impacted the market, as had the introduction of new commercial and industrial technologies.

Click Here To Read Part I Of This Article Series

AMONG THE FINDINGS
It’s worth noting that the 1996 report identified energy consumption of industrial motor systems at 679 Billion kilowatt-hours (kWh) and the 2021 report identifies 547 Billion kWh within industrial systems, a drop of 19.4%. A question we should resolve is whether this stems from a reduction in the number of industrial facilities; the application of energy-efficient practices and systems; changes in processes; or a combination of any or all those situations. 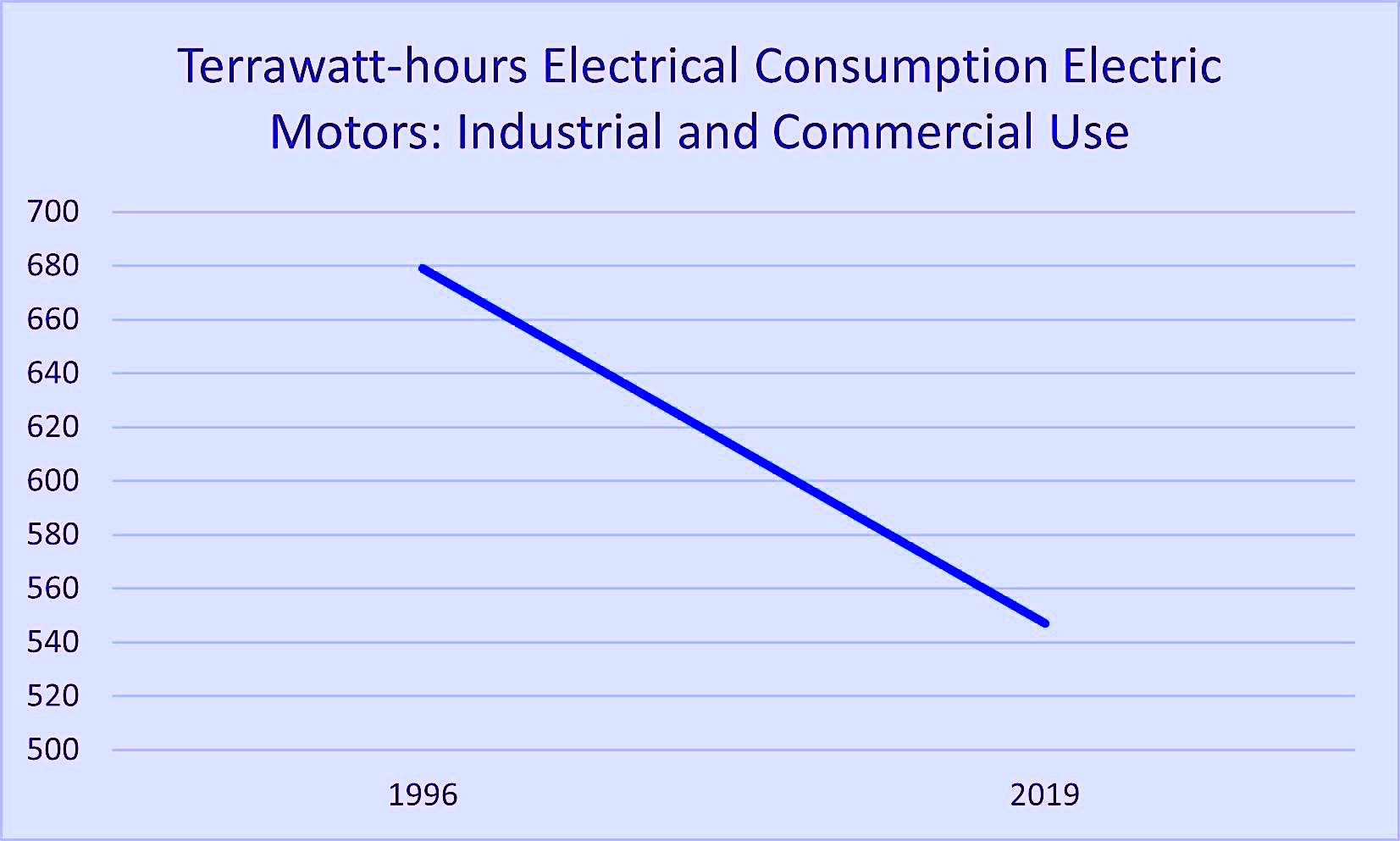 The present population of three-phase electric motors over one horsepower in industrial and commercial applications account for 29% of the total electrical-grid load, or ~1,079 terawatt-hours per year. For industrial applications, approximately 69% of electrical consumption is through electric-motor systems, which is the same percentage reported in the 1996 study. Total electrical consumption by electric motors in commercial applications was found to be 43%.  What’s particularly interesting is that industrial systems operating under 40% load were found to account for 40% of U.S. motor systems in 1996, but less than 8% in the 2021 study.  This would indicate a significant change in load factor, which may have been the result of the various industry-academic-utility-State-Federal partnerships that occurred through the 1990s and early 2000s, starting with the U.S. Department of Energy (USDOE, DOE.gov) “Challenge” programs and expanding into “Save Energy Now.” 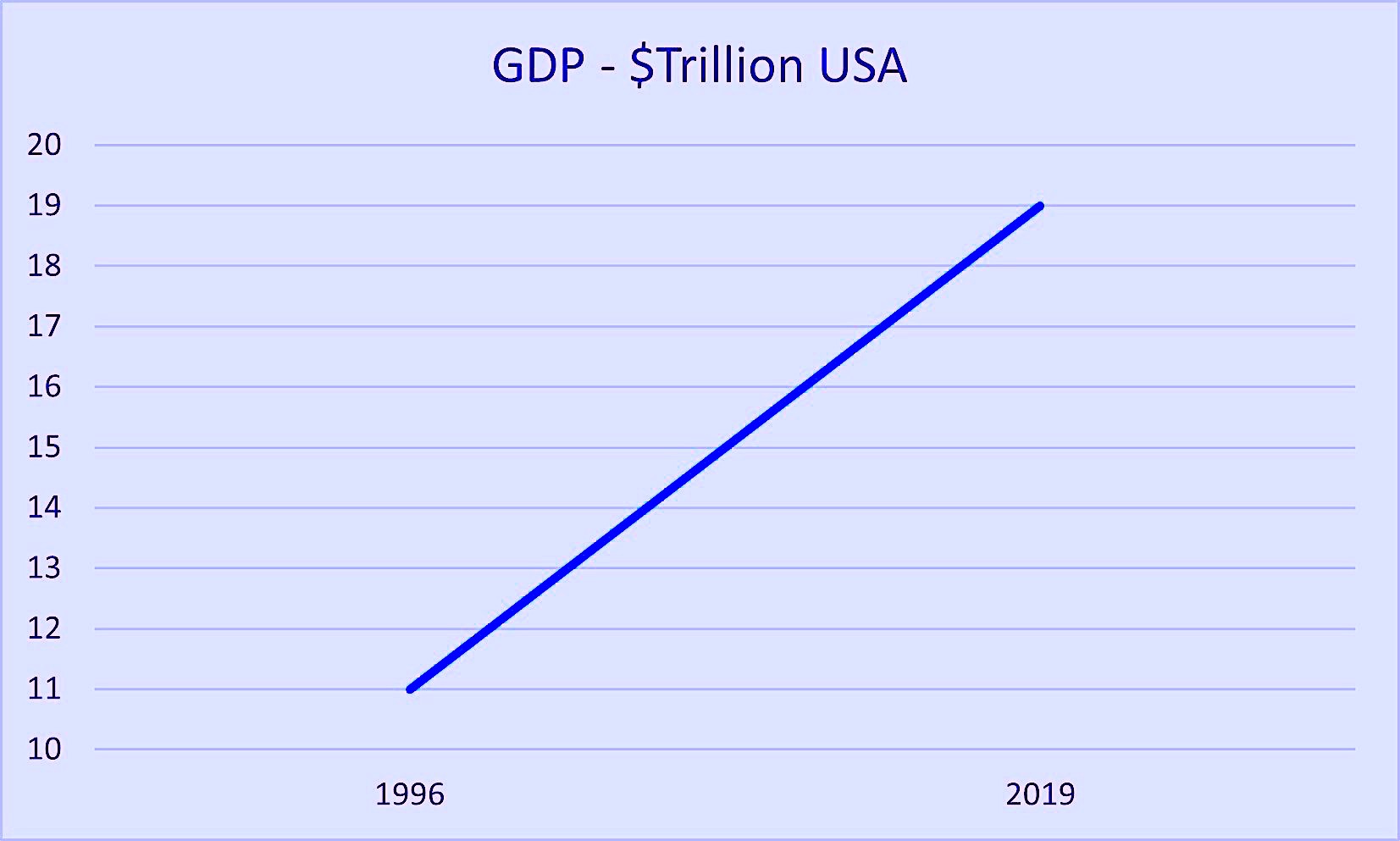 While the 1996 research identified a much larger population of motors, it included fractional-horsepower units. The 2021 report identifies 52.5 million motor systems from one horsepower and up, with 10.8 million in industrial facilities and 41.7 million in commercial facilities.  The study does not outline whether they are including servo, robotic and machine tool motors, of which the information is vague.  If this is the case, it would explain the shift of the population of motors from a majority under 20 horsepower (96%) to 71% from 6 horsepower to 500 horsepower. Industrial motors over 1000 horsepower in size are said to comprise 0.2% of the population. The 2021 report identifies 99% of the electric-motor population falling between 1 and 500 horsepower, with close to half being in the 1 to 5 horsepower range, and 99% of commercial electric motors in the 1 to 50 horsepower range.

Opportunities for variable frequency drives (VFDS) still exist. According to the report, 27% of industrial-sector motor systems operate at variable load, while only 16% have VFDs installed. Thirty-five percent of commercial load is variable load, but only 4% of motor capacity uses VFDs.

As for repair-versus-replace decision-making, only 54% of industrial and 16% of commercial operations surveyed had a repair-versus-replace policy in place. The challenge in both instances is that lowest-first-cost and quickest options were still a strong part of the decision-making for either type of facility. An average of 4% of the industrial and 1% of the commercial electric motors are rewound each year.

Finally, it should be be noted that the Bureau of Labor Statistics, prior to 2020, had identified growth in both the industrial and commercial sectors, with a 73% increase in GDP and a corresponding 19.4% drop in electric-motor-energy consumption. This suggests that efforts to improve energy efficiency in the industrial and commercial sectors have been successful, and that small, individual improvements have added up to a substantial reduction in consumption across both sectors.

COMING UP
While the goal of various programs, efficiency incentives, and energy-policy efforts over the years have had an impact, the role that maintenance can play with regard to energy and the environment remains a significant opportunity. We will discuss this angle in more detail in the Part III, including how maintenance efforts can help improve bottom lines in the industrial and commercial sectors.TRR