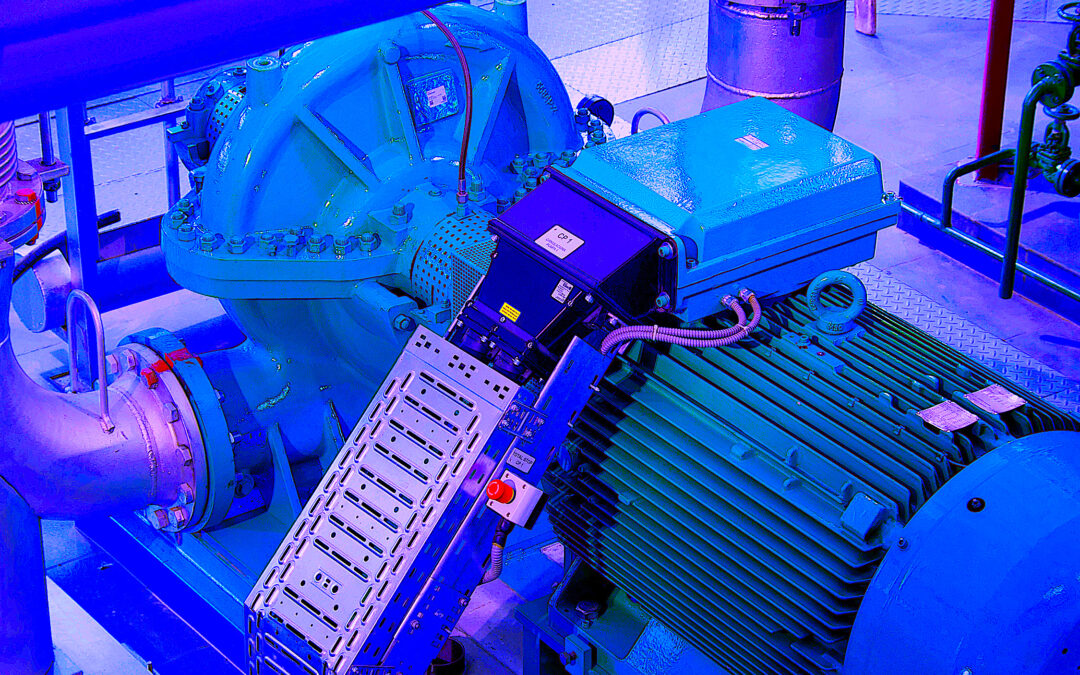 In 2016, a project was launched by the U.S. Department of Energy (USDOE) through Lawrence Berkeley National Labs to re-perform the original industrial and commercial motor-system opportunities reports from 1996. At the beginning of the study, there was a recommendation that the present condition of electric machines be included to help identify additional areas for energy and environmental improvements.

The new document, titled “U.S. Industrial and Commercial Motor System Market Assessment Report,” is being released in three separate volumes. The first of these, “Volume 1: Characteristics of the Installed Base” (see description below), was released at end of January 2021. (A review of Volume 1 will be presented in Part II of this article.)

HISTORY OF THE PROJECT
Note that this USDOE project is an extension of the work performed through the 1990s, as part of the agency’s Motor Challenge Program, which was a combined government, academic, and private effort for improved energy efficiency initiated by the Energy Policy Act of 1992 (EPACT).

USDOE’s Industrial Technologies office eventually initiated more programs, including: Motor Challenge; Steam Challenge; Pump Challenge; Fan Challenge; Compressed Air Challenge; and Combined Heat and Power Challenge. These initiatives were later combined and extended into the early 2000s under one umbrella, the USDOE Save Energy Now Program. Through those programs, a series of guides, software, and online knowledge was developed, as were partnerships with similar programs across the globe. Overall, the various USDOE programs were quite successful in increasing electric-motor-system efficiency, the application of variable frequency drives (VFDs), and energy-efficiency-related improvements in other systems, all the way through present-day efforts on in the area of data-center energy efficiency.

The first (1996) “United States Electric Motor Systems Market Opportunities Assessment Report” was generated in an effort to fully understand the makeup of the population of electric motors and how they were applied. A similar program was developed for home and commercial applications. The findings led to the realization that electric-motor systems provided a significant opportunity in terms of United States energy independence. That 1996 report was reviewed and updated in 2002, at which time a number of items associated with maintaining efficiency through maintenance were added. With economic changes in 2009 and the shuffling of manufacturing, both domestic and abroad, it was determined that the assessment should be updated and also include an increased focus on opportunities associated with existing installations.

NOTES ON THE NEW REPORT
As mentioned above, the latest (2021) “U.S. Industrial and Commercial Motor System Market Assessment Report” is being released in three separate volumes:

♦   “Volume 1:  Characteristics of the Installed Base” documents the findings on the installed base
of electric-motor systems in United States industrial and commercial sectors. (Released Jan. 2021)

♦   “Volume 2:  Motors and Drives Supply Chain Review,” reviews the state of supply chains for motors
and drives installed in commercial and industrial facilities in the United States and includes a focus on
advanced motor and drive technologies and their constituent materials.

♦   “Volume 3:  Energy Savings Opportunity” analyzes the energy-performance-improvement opportunity
for the installed base of commercial and industrial motor systems in the United States.

In contrast to the original 1996 report, the 2021 report identifies definitive improvements to the installed base resulting from the efforts focused on energy-efficient electric-motor systems across almost three decades of effort and education. Recommendations coming out of Volume 3 are expected to support the reliability, maintenance, and physical-asset-management efforts surrounding increased profitability and corporate efforts on reducing carbon footprint. That information should be of particular interest to RAM professionals.

COMING UP
We continue our discussion of USDOE’s 2021 report (with an emphasis on Volume 1) in Part II of this article. In it, we’ll compare the 1996 and 2021 reports with regard to past and present conditions and the improvements in electric-motor systems that have been made in the years between the respective studies.TRR