When Machines Fail, More Than One Problem Could Be At Work 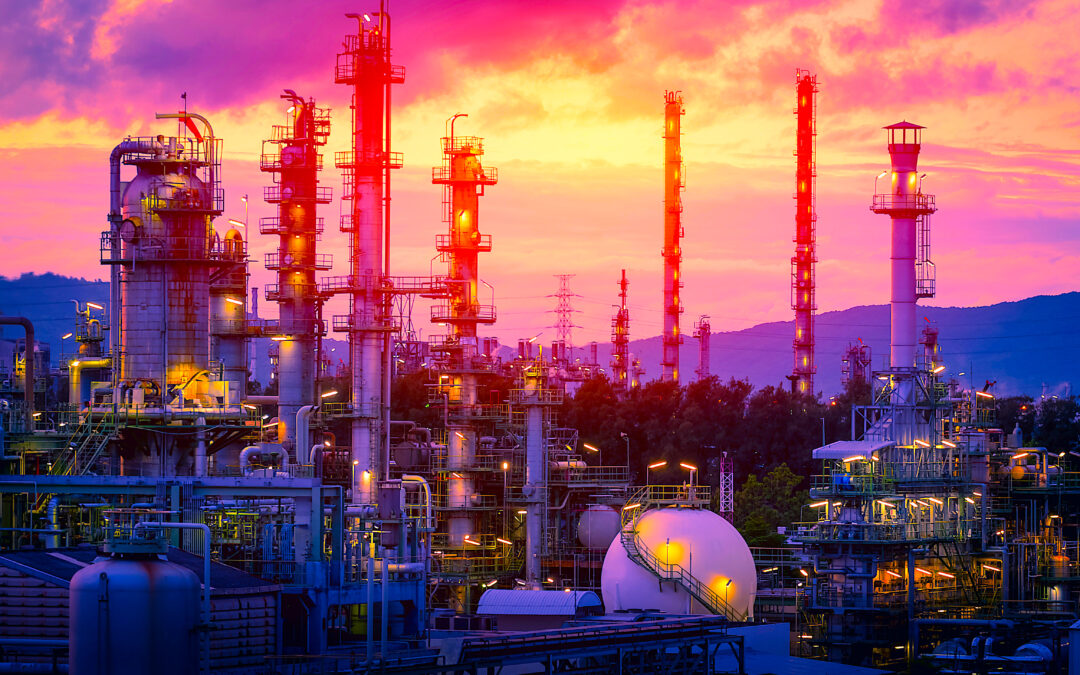 One of my recent articles (Jan. 10, 2022, see link below) made the case for simplified equipment-failure analysis. We referred to it as the FRETT approach. FRETT stands for Force, Reactive Environment, Time, and Temperature. Its application is best explained using an automobile-related analogy.

Click Here To Read The Referenced Jan.10, 2022, Article
“Look To FRETT For Ease Of Troubleshooting”

Suppose the owner of an automobile understands that he might occasionally drive on unsafe tires. But suppose he becomes increasingly fond of his ability to run on sets of tires that are worn and under-inflated. That fondness probably lasts until the day when he places a heavy load in the vehicle’s trunk and embarks upon on a trip during which he drives over unusually hot pavement. Assume that’s when one of his two rear tires bursts (or “blows out”). For a few more seconds, the other rear tire manages to carry an extreme share of the already excessive load before it, too, fails.

We can be certain of how this chain of events will end; we also should agree that it’s just not worth taking the chance in one’s personal automobile. Nevertheless, the risk of inviting far more costly or catastrophic events is considerably greater in process machinery. If we allow deviations to exist, accumulate, and become the “new normal,” we will risk more than the cost of a car. The following real-world account proves the point.

CASE STUDY
This case study stemming from a consulting experience draws on an incident involving a pump-related fire. The pump-and-driver layout consisted of a drive motor equipped with babbitted sleeve bearings and a barrel-style multistage horizontal pump in hot refinery service. The pump bearings were rolling-element styles. The refinery staff initially investigated the sequence of events; a six-hour meeting was convened later. This lengthy close-out meeting was attended by a consulting engineer, whose site notes and report later supplemented the observations offered by refinery staff.

Pump Lubrication Risks. In this instance, and as part of this case study, visualize the hot-service pump lubricated with pure oil mist. Oil mist or “oil fog” consists of atomized oil suspended in clean instrument air. The mist is carried to each bearing housing in a large header pipe; branch piping leads to small-bore tubing and “reclassifier” orifices that terminate at the bearings. The facility used ISO VG Grade 100 in its oil-mist system, which is generally quite acceptable for the rolling-element bearings in this 3,560 rpm, API-style pump. Therefore, some deviation from normal dimensions, or best-available application practices, or an external trigger event, must have existed to cause failure of the driver (motor) and driven (pump) bearings nearest to the coupling of the so-called “train.” A process of elimination was employed to narrow the possibilities of what had most likely happened.

The oil mist was properly applied between the bearing housing end caps and bearings; nevertheless, the angular contact back-to-back oriented thrust bearing set had failed. Calculations verified that the axial-thrust load during normal operation was well within the bearings’ allowable load range. At the time of failure, the various operating parameters had been quite normal.

There’s little doubt that ISO VG 32 was the required lubricant viscosity for these sleeve bearings. But the DE bearing had failed and a considerable amount of the low melting point babbitt had overheated and melted. It is well known that serious complications would result if one were to use—perhaps inadvertently—ISO VG 100 where ISO VG 32 is required. Oil rings will slow down in thick oil or, if the rings are not concentric within 0.002 inches (0.05 mm); chances are an authoritative Wilcock & Booser text dated 1953 likely explains that it would probably stop moving altogether once it reaches values approaching 0.5 mm (0.020 inches). Moreover, a thick oil may not carry away enough heat to prevent babbitt from softening. With excessive heat buildup babbitt will quickly weaken to the point of melting.

Looking for Deviations from Acceptable Operation. At the time of the close-out meeting at the refinery, none of the many attendees seemed to know if the excessively viscous (for babbitted bearings) ISO VG 100 had inadvertently been used. That the babbitt in the failed DE bearing had overheated was not in dispute. A visible fatigue failure at the pipe thread-to-pipe juncture had allowed hot babbitt to flow out of the broken ¾-inch pipe that connected the constant level lubricator to the DE bearing housing. There was, in fact, a puddle of molten babbitt on the concrete floor directly under the broken pipe. The situation prompted the consulting engineer to ask for an oil-viscosity analysis on a sample that had been taken from the still-good, unaffected, non-drive end (“NDE”) of the motor.

The oil ring retrieved from the distressed DE bearing housing was measured and observed to be 0.017” out-of-concentricity. This eccentricity was roughly eight times what The Wilcock and Booser text considers allowable. An eccentricity of 0.017” could have caused the flawed oil ring to go into a pendulum-like side-to-side motion. Although this unintended combination of eccentricity and side-to-side slewing motion would not have caused a catastrophic failure with low-VG oil in the motor’s bearings, additional deviations increased the failure risk. But oil-ring eccentricity combined with excessive oil thickness would have contributed to serious distress. In other words, failure in the DE bearing would have resulted if the housing had been inadvertently filled with thick ISO VG100 lubricant. (If an oil analysis had, indeed, been performed, the results were not made available to the consulting engineer.)

Considering a reasonable timeline, it was assumed that the pump’s thrust bearing failed soon after the motor bearing had overheated, weakened, and begun to melt. Severe vibration originating at the motor DE would have caused radial overload in the thrust bearing, and vibration-induced forces then led to failure of the threaded pipe.

Deviations from Normal Add to Failure Risk.  It is usually possible to operate machines with just one minor deviation. However, using a thick oil in an oil ring environment is an unacceptable deviation. Adding another deviation would have increased the failure risk even further. The consulting engineer believed there were four relevant deviations:

Deviation 1:  As mentioned earlier, oil rings are almost exclusively designed for ISO VG 32 and VG 46 oils. (The specification sheet for the equipment at issue contained basic motor requirements but left open the properties of the oil). If the missing oil analysis proved that the oil was, in fact, VG 100, excessive oil viscosity would be the most probable sleeve bearing failure initiator. Only if it could be ascertained that VG 32 or 46 had been used would we have seen fit to delete lubricant issues from our failure inventory for the motor’s DE bearing.

Deviation 2:  The DE oil ring was found to be seriously out-of-round. Chances are that the oil rings in this motor had not been given stress-relieving heat treatment as an intermediate manufacturing step. The non-concentric DE oil ring likely slewed back-and-forth during operation and made frequent contact with stationary parts inside the bearing housing. Abrasion probably took place and caused the oil to be contaminated. Together with an insufficient amount of heat dissipation, the bearing was thereby compromised. Severe vibration resulted and caused the ¾-inch pipe to fail.

Deviation 3:  Although an API-compliant flush-ground set of back-to-back mounted ball bearings was used, flush-ground bearings present an elevated failure risk in thrust-loaded pump bearings. If ISO VG 100 oil is used in conjunction with flush-ground bearings, the risk is somewhat elevated. Visualize that rolling elements in bearings arranged with the shaft horizontal (and most bearings in refinery equipment have horizontally oriented shafts) will have to plough through a small puddle of oil near the 6 o’clock position of the concave outer ring ball track. One of the two back-to-back-mounted pump thrust bearings will then likely be unloaded because thrust (normally) acts in only one direction. The unloaded bearing will tend to skid, and the tendency to skid increases when viscous oils are used.

We can assume that other pumps at this refinery are similarly affected if flush-ground back-to-back sets of thrust bearings are used. While API compliance is usually optimal for general applications and for reasons of perceived cost savings, these bearing sets are not always the best choice; they will disappoint in many pump applications. Sets of pre-loaded and/or asymmetrical contact thrust bearing sets are easily cost-justified in situations where their use would avoid premature bearing failures.

Deviation 4:  Smearing was noted in the machined “pockets” of the thick brass cages used in one of the failed pumps’ thrust bearings. Whenever the unloaded half of such API-compliant duplex bearing sets (i.e., bearings with “pockets” machined into a thick brass cage) has one of its rolling elements pass through the small puddle of oil, that rolling element’s surface velocity will slow down and, a fraction of a second later, its surface velocity will again increase. The difference in speeds results in skidding and the skid path is longer if ISO VG 100 oil makes up the small puddle. In bearings with thick bronze or brass cages (per API-610, but representing Deviation 4), skidding causes a transfer of material (“smearing”) and some copper-bearing-alloy flakes from the many “smear islands” may fall into the ball track. Once that happens, failure can be instantaneous.

Among the potential reliability-improving opportunities is the use of oil-mist-lubricated ball bearings in motors up to 375 kW. Experience at Best-in-Class refineries elsewhere has shown that oil-mist-lubricated ball bearings would save the end user considerable money over babbitted sleeve bearings, and would provide an additional layer of protection.TRR