What’s So ‘Smart’ About A Smart Grid? 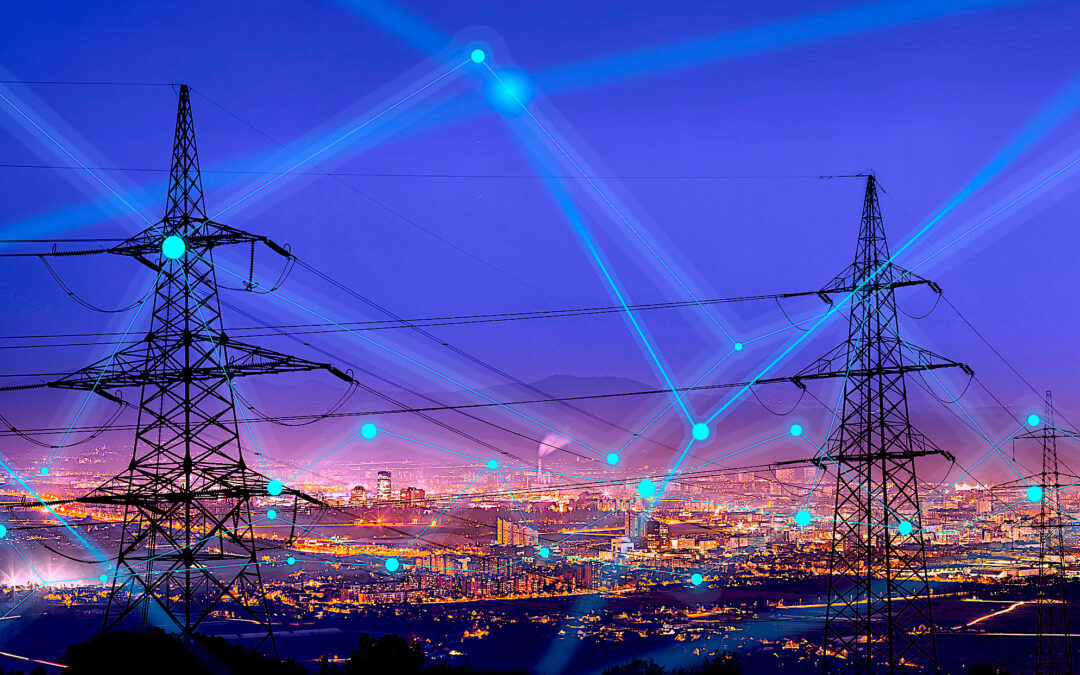 Everything seems to be “smart” these days. Phones, cars, refrigerators, you name it. What on Earth, though is a “smart grid?”  We really didn’t begin referring to the power grid as “smart” until around 1994, when I was serving as the Region 4 (Midwest) IEEE United States Activity Board (USAB) Energy Representative. At that time, we were exploring issues around the new idea of de-regulating electric-power generation, which also included discussions on communications. Within the next few years, the big communication companies, utilities, national labs, and universities were discussing methods of transporting large amounts of information through power lines.

Use of the term “smart grid” began to take off with the 2007 Energy Independence and Security Act (EISA), which assigned the responsibility for coordinating development of smart-grid standards that would be adopted in the United States to the National Institute of Standards and Testing (NIST). Through collaborative work with research institutions and utilities, the NIST Smart Grid Framework committee then defined “smart grid” (Fig. 1) as: “a modernized grid that enables bidirectional flows of energy and uses two-way communication and control capabilities that will lend an array of new functionalities and applications.”  The overall goal was a planned, national network using two-way information technology to deliver electricity efficiently, reliably, and securely. (Ref.: NIST.gov).

ONGOING CONCERNS
Development of a smart grid has not been an easy or small task. The legacy grid, which had been designed around large power-generation facilities, needed major changes as small-scale power producers came online with few national and international standards to guide the process. Because it is regulated, the U.S. grid must make rapid adjustments to the changes driven by agreements between power-generation entities and power users to maintain required levels and limits in voltage, power, and power quality.

Of course, due to the type of two-way communications associated with the smart grid, there is a serious concern related to privacy and security. The concept of smart-grid communications requires a utility to have detailed information on personal and business power use in homes, offices, and industrial operations. Among things already in-place is the ability of a utility to operate small in-house generators and co-generation within a customer’s facility on a contract basis. Some of the latest ideas include battery systems within private homes and small businesses and at vehicle-charging stations for charging purposes, as well as store energy, and even put power back on the grid when required.

The significant grid-level concern has been related to the new energy sources that the transmission and distribution companies are required to place on the U.S. grid system. In the 1990s, the primary sources for electric power were coal, nuclear, hydro, and gas with a small amount of alternative energy being placed on the grid under very special conditions. Small power producers, including those involved with waste-to-energy and landfill gas, had to be able to supply high-quality power to the common grid. Homeowners were just beginning to discover that they could not only reduce their bills even further with installed solar panels and other generation sources, they also might be able to sell power back to the utility. With utility-scale wind, solar, geothermal, and other technologies involving the use of inverters, the significant concern is related to power quality and its impact on end-users.

The “NIST Framework and Roadmap for Smart Grid Interoperability Standards, Release 3.0” (NIST.gov), which was published in 2014, guides the development of various IEEE, IEC, and other standards. One of the more important ones is the IEEE P2800, “Standard for Interconnection and Interpoerability of Inverter-Based Resources Connecting with Associated Transmission Electric Power Systems,” which we are currently voting on (balloting closes on July 7, 2021). This standard, along with hundreds of others, is needed to keep everything in line, including issues related to cybersecurity and privacy concerns.

With integration of smart meters in homes and businesses, widespread use of IoT/IIoT devices and relays in grid systems, and inclusion of machine learning, AI, and Neural Networks, new cyber-pathways have been created in the grid and private industry. The result has been development of a utility/grid cybersecurity framework that has led to several industry standards, including an IEEE standard on IIoT devices (which we will cover in a different article).

Another major concern of utilities is the rapid introduction of plug-in hybrid and all-electric vehicles. A single electric vehicle can place a demand through a charging station ranging from 3.3 kW to 20 kW. (Just to be clear, 20 kW is equivalent to the load of a small commercial facility [lighting and HVAC]). When these stations are placed in a heavily loaded electrical-distribution system, a combination of the additional load plus power harmonics can be a problem.

From a green-economy standpoint, the smart-grid uses energy from wind, solar, biomass, thermal, and other sources along with the grid’s coal, hydro, nuclear, gas, and other traditional systems, then balances the various types of and costs associated with power production and delivery. (Learn more about electrical  reliability in a green economy by clicking on the link to my June 27, 2021, article). From a grid-perspective, during high-fuel-cost times, the use of renewables is maximized, when possible, by reducing the fuel consumption of the traditional power production methods. During off-peak hours, any power production is used to charge utility-scale battery banks and fill pump-storage systems to offset peak-production requirements.

Click Here To Read The Referenced June 27, 2021, Article
“Thoughts On Electrical Reliability In A Green Economy”

BOTTOM LINE
The result of all this is that we have a rapidly changing and expanding power system along with a rapidly growing demand, as most public policies appear to be geared toward electrification of everything. This, in turn, calls for massive changes in infrastructure and responses to risk exposures. Standards are now being developed to address many of the shortcomings related to cybersecurity and interoperability. That work can require the crossing of boundaries, such as looking at the ability of a utility to incorporate private charging stations and power production to meet demands that could be outside the control of owners. All of this requires the expansion of smart systems that are currently working alongside older legacy systems.

In our next article, we’ll discuss some relatively new electrical terms, including “resiliency” and “microgrid.”TRR