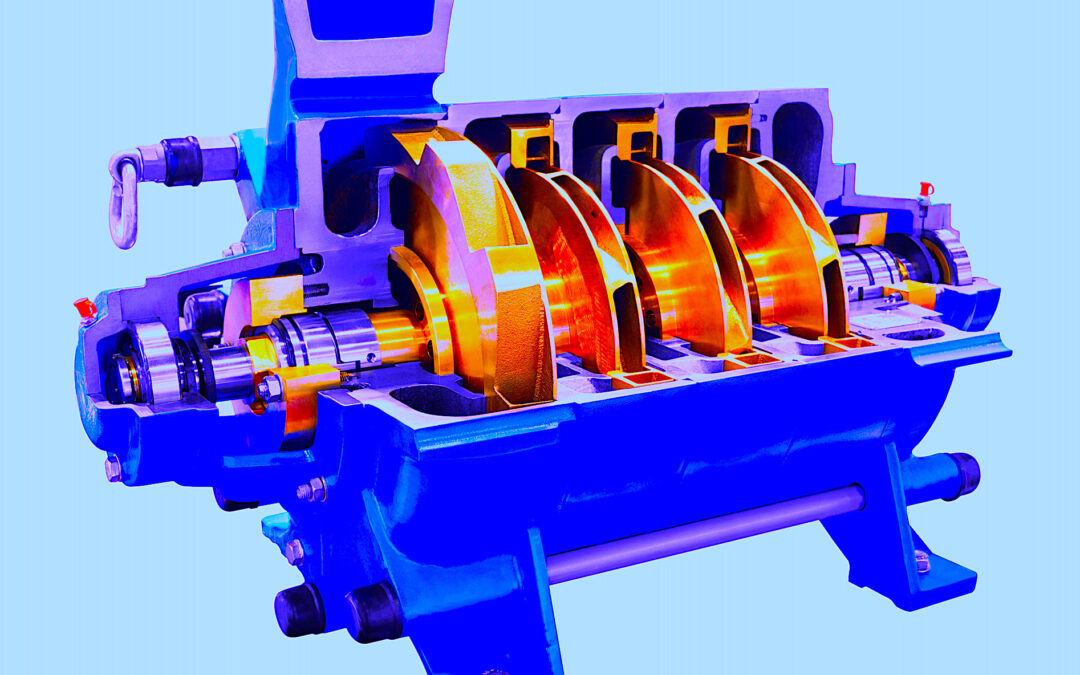 Articles on “Eliminating Cooling Water from General Purpose Pumps and Drivers” date back to about 1976. The rationale for dispensing with cooling water in the bearing housings of most process pumps was later explained in many books. However, despite the fact that many of the world’s largest refineries discontinued the use of cooling water on pump bearings in the mid-1970s, traditions do not die easily.

Today, in 2021, cooling water is still used with some pump-system equipment and in locations where it serves no real purpose. The question is why? Consider the following.

A REAL-WORLD CASE IN POINT
During our last visit to a relatively large U.S. oil refinery, we noted that the site could have greatly extended the bearing lives on hundreds of its pumps if the use of cooling water had been stopped years earlier.

In case you’re wondering, the basis for eliminating or removing cooling water from the housings of rolling-element bearings on pumps is found in the immutable laws of physics. Placing a cooling-water jacket around the bearing’s outer ring will prevent it from thermally expanding. As the hot inner ring “grows” and the internal clearances vanish, the bearing is excessively preloaded and fails prematurely. Similarly, if cooling coils are provided in the oil sump and the cooling water is indeed cold, some of the water vapor in the moist air floating above the oil will condense. The oil is then contaminated with water (which has a much lower film strength than oil) and the bearings again fail prematurely.

Over the past decades, this oil refinery probably spent a small fortune on avoidable pump repairs. It, no doubt, consumed hundreds of thousands of gallons of cooling water unnecessarily and, for a certainty, used more energy than was really necessary. That’s food for thought, especially since the facility’s pump-repair frequencies were inferior to those typically seen at best-of-class companies. The refinery is certainly the loser here and we’ll leave it to the reader to decide where the problem originates. (Hint: Dig deep and peel off the many layers of indifference.)

OPPORTUNITIES AND BENEFITS
Major oil refineries are often clustered along riverbanks or ship channels. While they are not likely to divulge the failure frequencies of their fluid machines, personnel that are changing jobs within the industry will sometimes share valuable insights over a few beers after shift changes.

When one member of Refinery “A’s” workforce bragged to me that the average life of water-cooled bearings in his site’s approximately 1,200 process pumps was 4 years, I mentioned a California refinery that was doing better: It had published an average bearing life of 9.6 years for its pumps. Of course, that West Coast operation used oil-mist lubrication and, as of 40 years ago, needed no cooling water for its bearings.

Interestingly, data from an oil refinery in Texas had listed the average cost of changing bearings in pumps as $11,000 by the time the cost of material, manpower, supervision, vacations, training, and pension entitlements was considered. I used this published experience-based number to run a quick calculation for my beer-drinking companion from Refinery “A”.  But first, I told him about Refinery “B,” just 20 miles up-river. Refinery “B” was not using (and, thus, not paying for) water to cool its pump bearings. And it was only changing out those bearings on an 8-plus-year basis, on average.

THE BOTTOM LINE
It’s only when plants and the people working in them appreciate the missed opportunities and maintenance-cost avoidance inherent in energy conservation that they will be motivated to take real steps to install and run their systems efficiently. Hopefully, that time will come soon.TRR