Understand Why 70% Of Bearings Fail Due To Ineffective Maintenance 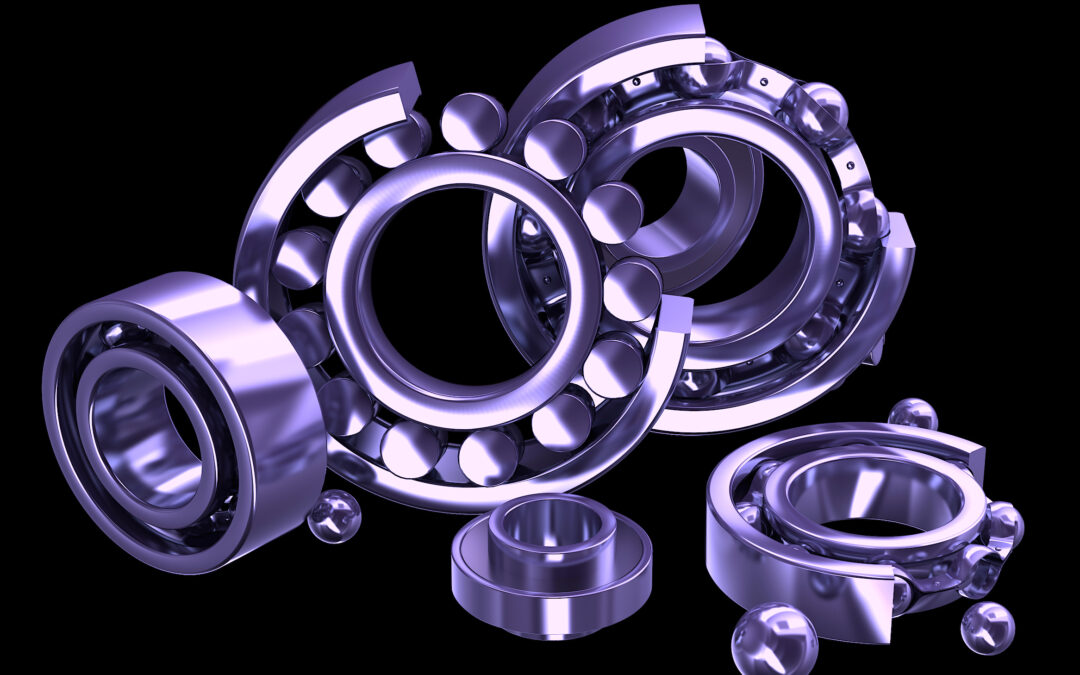 It’s very much a lubrication issue. When two metal surfaces are expected to interact, if they are not to weld to each other due to excess friction, they must be kept apart. That’s accomplished with a suitable film of lubricating oil. Some 50 years ago, the MIT Mechanical Engineering Professor Emeritus Ernest Rabinowicz was experimenting on the tribological effects of metal-to-metal surface interaction. In his research, Dr. Rabionwicz discovered that 70% of bearings lost their usefulness as a result of (avoidable) surface degradation, 20% of which was due to corrosion, and a whopping 50% due to mechanical wear.

Calculating the situation, Rabinowicz determined that 6% of the U.S. GDP (Gross Domestic Product) was being lost through mechanical wear every year. In today’s terms, that equates to trillions of dollars lost to avoidable wear. We now refer to this equation/finding as “The Rabinowicz Law.”

Simply put, the cause of surface degradation is both directly and indirectly attributed to ineffective lubrication practices. This includes both under- and over-application of lubricant; use of mixed lubricants; incorrect lubricant choice (viscosity and additive package), particle and moisture contamination; and neglect.

Adopting a 5R Lubrication Approach by applying the Right lubricant, in the Right place, in the Right amount, at the Right time, with the Right level of cleanliness, surface degradation can be minimized to acceptable, and often negligible, levels. Once established, the level of lubrication protection is dependent on the lubricant film, the thickness of which affects and controls the degree of interacting surface degradation and resulting wear. These varying thickness states are referred to as lubricant film regimes.

LUBRICANT FILM REGIMES
There are five lubricant film regimes. Each describes a different relationship between two interacting surfaces as they slide over one another.

1. HDL – Hydrodynamic Lubrication is often described as “Full Film” lubrication, where the moving surfaces are completely fully separated by the lubricant.

Viewing bearing surfaces under a microscope reveals that even finely machined surfaces are anything but flat. They’re more likely to resemble a series of craggy, rubbed-down peaks and valleys. To separate and ensure optimal interaction between two moving metal surfaces, a lubricant must first fill those cavities. In sliding friction bearings, HDL is the most desirable lubrication state. It’s often referred to as thick-film lubrication, wherein any friction present is entirely due to the fluid friction set up between the viscous planes shearing in the lubricant itself.

2. HSL – Hydrostatic Lubrication is a state set up when a lubricant is used to hydraulically separate a loaded surface and “float” one surface over another. This film regime is typically used on precision machines and machine tools such as a plunge grinder in which the grindstone carriage is hydraulically lifted and softly (fluidly) “floated” into the work piece to perform intricate precision grinding on gears, etc. HSL is similar to HDL in that it also provides full film separation.

3. EHDL – Elastohydrodynamic Lubrication is unique to rolling-friction surfaces seen in ball- and roller-style bearings, and in combination with sliding- and rolling-friction circumstances found in the mating of gear teeth as they pass over one another.

When a ball is rolling in a race and comes under full load, the mating surfaces will momentarily deform trapping the lubricant in the deformed area known as the Hertzian contact area. Under deformation pressure, lubricant viscosity rapidly rises and the lubricant changes state from a liquid to a solid, thus providing full protection to the rolling surfaces. As the ball moves out of the load zone, the lubricant returns to its original viscosity. Because rolling-surface contact is in a line and not over an entire surface area, far less lubricant is required to achieve full-film lubrication. This action can easily be demonstrated by viewing a vehicle’s tire in motion. A properly inflated tire always appears round except for the deformed or flattened portion taking the load and providing traction with the ground. As the tire rotates, it elastically comes back to its rounded form.

4. MF – Mixed Film Lubrication is classified as an Intermediate lubrication regime when lubricant is present between two sliding surfaces, but not enough to fully separate the surface allowing intermittent contact between the highest points of the surface peaks. This is known as an “unstable” regime. Extended time spent in this regime will result in the surface high points shearing off and, in turn, create additional cutting wear to the bearing surface due to asperities rubbing both surfaces. MF conditions are generally caused by insufficient lubricant, heavy loads at rest, or use of a lubricant with too low of a viscosity.

In the 1800s, steam engines were designed with large-diameter babbit (very soft material) crankshaft bearings. These bearings were lubricated with two different manual-oil-lubrication-delivery systems used in sequence. The first was a manual pressure pump used to hand-pump oil into the bearing cavity and hydraulically float the bearing prior to start up. Once running with the shaft at steady 70- to 100-rpm working speed, lubrication delivery was switched over to a gravity-feed oiler that ensured continuous flow into the bearing to achieve full-film lubrication. This two-part process essentially moved a bearing’s lubrication state from HSL to HDL, while minimizing/eliminating the problematic effects of MF and BL (see below) lubrication states.

5. BL – Boundary Layer Lubrication, also known as thin-film lubrication, is the least desirable regime with offering the least amount of frictional protection. Although a minimal amount of lubricant is present, the sliding surfaces are in full contact with one another at rest. With heavy loads and slow-moving machinery, a BL to MF regime may be the best condition achievable. This situation, though, requires a lubricant with EP (Extreme Pressure) and AW (Anti Wear) additives to offset the extreme bearing-surface working condition.

If insufficient lubricant is present, or an incorrect lubricant viscosity is used, a normally loaded bearing can stay in a boundary-layer state when in full motion. In that case, the surfaces will interfere with one another and cause rapid wear.

In 1902, Professor Richard Stribeck graphically described the coefficient of friction changes for bearings under different lubrication regimes. His work resulted in what we know as the Stribeck Curve (see figure).  The Stribeck Curve clearly demonstrates that hydrodynamic film regimes of the correct viscosity and Lambda thickness leads to the lowest coefficient of friction and least wear.

A typical example of Stribeck’s findings is found in normally loaded sliding friction bearings, such as those found in a shaft and sleeve bearing setup. At rest, the bearing surfaces will begin in a boundary-layer or mixed-film state prior to startup or shutdown. As the shaft ramps up speed, it will begin to centrifugally center and move through a mixed film regime to a full film HDL regime at operating speed. Change in regime state can also be affected by changes in load, speed, and lubricant viscosity.

THE FINAL WORD
Full-film lubrication has a typical thickness between 1 and 5 microns. To put that into perspective, consider that bacteria are 2 microns in size; a red blood cell is 8 microns; a human hair is 75 microns or 0.003 of an inch. In contrast, silt or dirt comes in at around 5 microns (and possibly larger) that could easily create wear surface damage if allowed into the bearing surface area.

As humans, we only begin to see objects at 40 microns in size. Therefore, we must be diligent in understanding and ensuring that the 5 Rights of Lubrication are always followed. Doing so will make sure a bearing operates in its designed lubrication regime, avoids unnecessary wear, and lives a long life. In the end, a bearing’s fate is always in the hands of the maintenance department.TRR