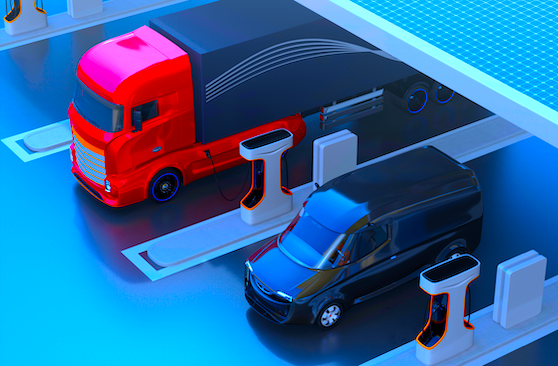 And so the quest began. The front cover of the Jan. 14, 1911, issue of Scientific American featured Thomas A. Edison and his improved storage battery. He had invented the alkaline storage battery in 1901, and spent years perfecting this achievement before placing it in the 1912 Edison electric car. In fact, Edison built three prototype electric cars in 1912 to showcase his battery technology. Today, “electric vehicles,” in various proven permutations, are enjoying increased demand, due, primarily, to their environmental benefit: reductions in fossil-fuel usage and accompanying polluting emissions.

Along with the growing demand for electric vehicles, availability of infrastructure in the form of public charging stations has been increasing, as have plug-in stations in residences and fleet garages in primarily in urban areas. But not all charging stations are equal. There are eight different plug configurations in some 20 different charging-station networks.

While the initial cost of electric and hybrid vehicles is higher than conventional vehicles, various state and federal tax credits for new purchases and fossil-fuel savings can help offset the higher purchase price. Moreover, as with any new product, the purchase prices will continue to decline as production volumes are scaled up.

THE DARK SIDE
While the benefits of electric vehicles certainly are appealing, there are unintended consequences not openly being discussed. Among these are “indirect pollution,” and “natural resources availability” related to the wiring, traction motors, and batteries that are the primary drivers of electric-drive vehicles.

Copper, much like other primary metals, begins with mining the metal bearing ore. Beyond mining, the process steps for producing copper include transportation, concentration, roasting, smelting, converting, and refining before it is ever formed into bus bars, terminals, connectors, and wiring. Those processes require massive amounts of electricity and result in large amounts of impurities and pollutants that must be contained and disposed of. These include sulfur, antimony, arsenic, lead, sulfur dioxide (SO2), sulfuric acid, iron oxide, and naturally occurring radioactive materials (NORM) such as uranium and radium. The waste streams include solution ponds, smelter slag, and solid waste.

Note, too, that “natural resources availability” of many of the metals required for electric vehicles is in environmentally sensitive regions, countries with unstable or economically hostile governments, and globally- constrained supply chains. Let’s take a look at where massive amounts of just three of those required minerals are found: cobalt, rare earth, and copper.

♦  Cobalt: The Democratic Republic of Congo possesses 47% of the global reserve. China processes the largest amount of cobalt for the world market. New cobalt reserves are being exploited. Deep-sea mining of metal nodules mixed in the sediment is one of the most promising sources of cobalt, copper, nickel, and manganese, especially among the Pacific Islands. Waste rock and sediment is re-deposited on the sea floor destroying deep sea marine life.

♦  Rare-Earth Minerals: China possesses 95% of the global rare-earth mineral reserves. The supply chain is constrained by geo-political forces and a volatile price history. Until the 1980s, the U.S. was one of the world’s largest producers of rare-earth minerals. Northeast Wyoming, home to one of the highest-grade rare-earth deposits in North America, is currently under development. However, China has increased production by more than 500% since 1990 due to that country’s substantial deposits and cheap labor. As China began to produce more high-tech products requiring rare-earth elements, the mining intensified. That mining, in turn, uses a mix of water and chemicals, which causes extensive water and soil pollution. China’s local and federal authorities have reportedly shut down illegal and small-scale rare-earth mining operations.

TWO SIDES OF THE SAME COIN
The electric-drive-vehicle supply chain will continue to require ever-increasing amounts of metals bringing new life to mining, processing, and manufacturing. The primary market and electric-drive vehicle supply chain will grow immensely as the taste for non-polluting transportation options grows. Business will be good and reliable processes will be in high demand in the primary and rare-earth metals sectors.

The downside of electric-drive vehicles involves the indirect pollution and the constrained availability of primary metal resources. Consumers and environmental advocates have yet to openly evaluate this side of these vehicles and environmental sustainability. But they will eventually. Be ready for some volatile debates on the subject.TRR

REFERENCES
Resources included in preparing this article include: