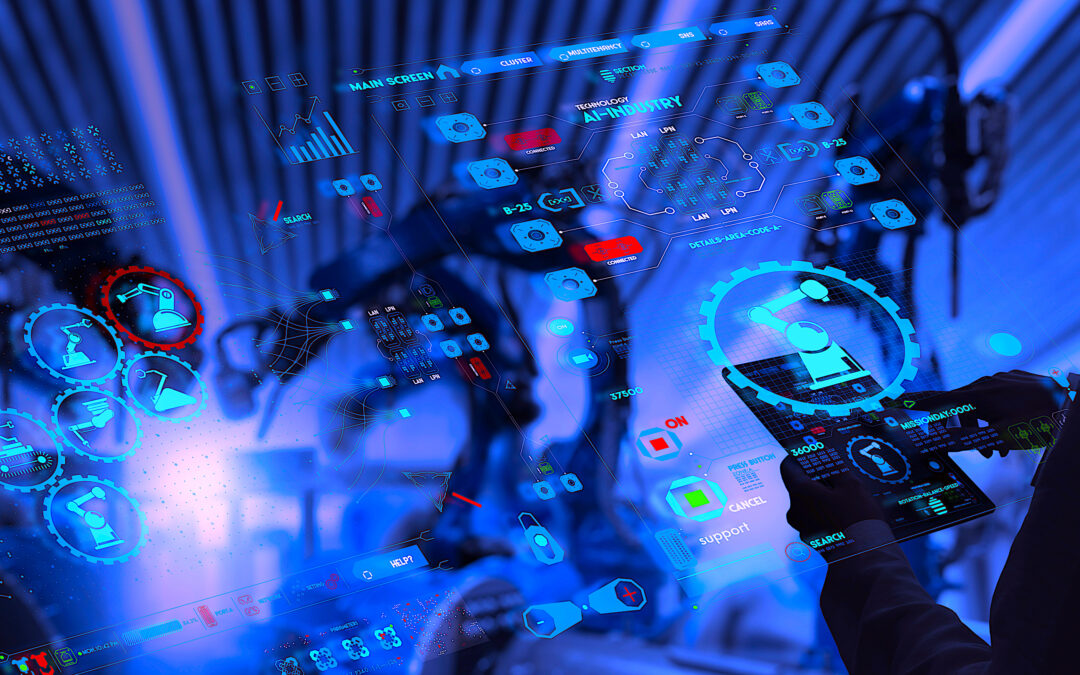 The scarcity of talented people entering today’s workplace seems to be a growing problem. While some manufacturing and other equipment-intensive operations struggle to meet customer (and supply-chain) demands, some are viewing this as an opportunity, not a problem. The WWII era’s industrialist Henry J. Kaiser once described “problems as opportunities in work clothes.” It seems future-thinking business leaders, plant managers, and operations-decision-makers could benefit greatly from Kaiser’s viewpoint when dealing with, today’s business challenges.

THE NEW NORMAL
The shortage of workers (talented and competent ones) appears to be the “new normal.” Why? Take a look at the past 15 to 20 years and the ongoing cry for skilled workers, the growing skills gaps, and talent-recruiting challenges, especially in the manufacturing, mining, construction, and utilities arenas. Here, I’ll focus on the manufacturing sector, since its widespread use and growing options in automation technologies and robotics aren’t new.

Technology is available now (and has been for years) to automate manufacturing facilities, whether in fabrication cells, assembly operations, or material handling. Granted, the costs associated with massive plant overhauls are high and time consuming. Many organizations, though, have found that automation and robotics can be affordable and beneficial in more localized, cellular, or work-center-augmentation applications. Going forward, we will most likely be seeing more of these types of approaches in existing facilities.

FLEXIBILITY IN OPERATIONS
In the 1980s, Japan’s Total Productive Maintenance (TPM) experts, Toyota Production System practitioners, and industrial engineers such as Shingo were criticizing the use of single-purpose machines, especially in the U.S. automobile industry. Toyota’s operations were deploying flexible manufacturing equipment, cellular manufacturing, and highly engaged people in teams and work groups. This all gave rise to just-in-time (JIT) operations, lean manufacturing, and TPM.

During the ’80s (and previous decades as well), U.S. auto makers would go through colossal shutdowns every few years to “re-tool” their plants for model changeovers. Then, with every “re-tooling” came new equipment-failure modes, enormous employee-training initiatives, extensively revised maintenance programs (planning, scheduling, routine PM, spare parts,), and problematic startups on the way to full-scale production. But this was the norm in the industry.

WHAT ABOUT THE PEOPLE?
As businesses explore and deploy new automation technologies and robotics, they should be expecting many of the same opportunities for training, failure modes and effects analyses, maintenance programs, and pre-start commissioning. There is, however, another element that should never be overlooked: the PEOPLE.

The PEOPLE-side of process change/automation is just as critical as the technologies themselves. Reliable equipment is possible, but only as long as the equipment requirements are aligned with appropriate work processes, and personnel are qualified and able to perform those processes. This sums up the “three elements of reliability” that I often speak on and write about: equipment, work processes, and people. 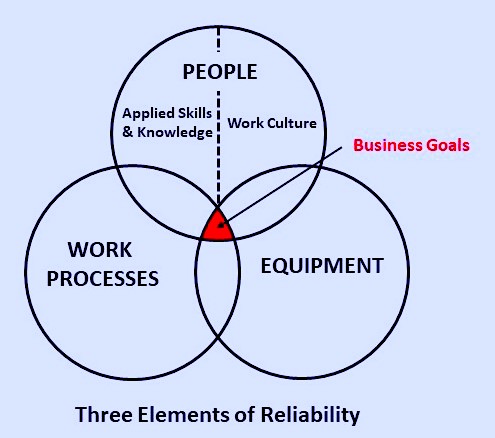 WHEN AUTOMATION FAILS AT THE ONSET
Allow me to share the following case example where two of those three elements of reliability were the priority of senior management. It involves a major building-products manufacturer that grew concerned with its inefficient material-handling operation and ineffective warehousing of raw materials and finished goods and, thus, decided to design and install a state-of-the-art ASRS (automated storage and retrieval system).

At the time, ASRS was not only a very new technology and new warehousing concept, it also was totally unfamiliar to the plant’s management and workforce. Still, as management pointed out, “It was automatic. Just enter the information, and the materials arrive at the unload station.”

Leading up to the ASRS implementation, maintenance engineers redefined and prepared new maintenance plans, acquired spare parts, and retained OEM technicians to assist in the startup/commissioning processes. All the maintenance pieces were ready to launch. The people were not.

While training and coaching on the new system were underway, many in the workforce were reluctant participants. When hands-on training began, the ASRS equipment wouldn’t work as intended. “See,” they exclaimed. “This new technology is crazy. It doesn’t work.” Time and time again, the equipment would fail without warning. Long story short: The site’s highly anticipated ASRS never worked and was abandoned in place.

This unfortunate (and extremely costly) turn of events was not the fault of the technology or maintenance. It was the result of management’s failure to communicate the intent of the ASRS and its impact on jobs in the plant. Yes, that is a PEOPLE failure, but not on the plant floor.

Upper management failed to address the future of warehouse workers, fork-truck drivers, and maintainers who, in turn, were afraid of the new technology. The workforce feared job losses, sooner or later. And managers did not respond to concerns of the various work groups in the plant. So, as we soon discovered, the failures of the equipment had actually been caused by sabotage. Soft drinks were poured into the control cabinet. Spare parts were damaged in storage or in transport by fork truck drivers to the ASRS.

Update: Since that experiment in automating its warehousing operation, this company has been bought and sold numerous times, and also filed for bankruptcy. But, despite a growing number of competitors, it is still in business.

LESSONS LEARNED
In my decades of consulting with manufacturers that deployed new technologies, I’ve seen the three elements of reliability play out repeatedly. What works is the interdependent, systemic, and ever improving relationship among those three elements all focused on desired business goals: equipment, work processes, and people. Here is a brief overview:

Equipment: The equipment and its hardware, software, spare parts, and the like, must all function reliably. During the design, build, and install phases PEOPLE must be involved. Those who ultimately will be responsible for operating, maintaining, and  interacting with new plant equipment play an important role. Not only will they inherit the keys to the new equipment from the engineering/construction teams, they also will be the stewards of the equipment for its foreseeable operational future and through its eventual decommissioning. They are the actual equipment “owners.”

Work Processes: Operations and maintenance procedures, spare-parts-management practices, and training and qualification processes and plans, among other things, are all based on requirements of the equipment, its operating environment, and needs of the PEOPLE who will be inheriting it.

People: This element has two parts: 1) Applied Skills and Knowledge and 2) Work Culture. Training and qualification for consistent skills and knowledge deployment for reliable equipment are based on purposely defined Work Processes. The way in which PEOPLE are engaged depends on a compatible Work Culture where leadership has laid out clear expectations, responsibilities, accountabilities, and resources. At times, various modifications to rewards and recognition programs may be needed to assure buy-in and ownership of the new requirements.

There’s a clear message here: As RAM professionals, we have a vested interest and play a crucial role in assuring that top management, i.e., the decision makers, are engaging all elements of equipment reliability when deploying new technologies. That goes for automation and robotics or any other new equipment systems on the plant floor.TRR

ABOUT THE AUTHOR
Bob Williamson is a long-time contributor to the “people-side” of the world-class-maintenance and manufacturing body of knowledge across dozens of industry types. His vast background in maintenance, machine and tool design, and teaching has positioned his work with over 500 companies and plants, facilities, and equipment-oriented organizations. Contact him directly at 512-800-6031 or bwilliamson@theramreview.com.