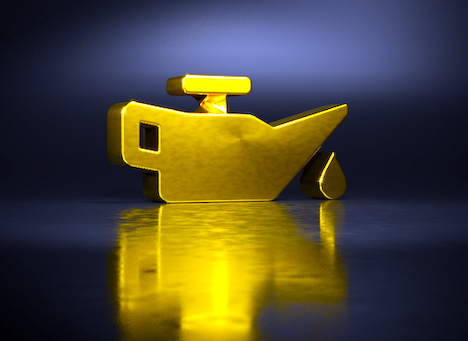 In 1966, at the height of the “swinging sixties” movement, the world of lubrication, friction, and wear finally received worldwide recognition as a scientific entity responsible for continued machine health and asset longevity.

In retrospect, such recognition was a long overdue, considering the practice of applying lubricants to moving surfaces to reduce friction and surface wear is now recognized to be over 5,000 years old. This fact was substantiated through the discovery of  some archaeological evidence in the East Asia Tigres-Euphrates river system, i.e., wooden cart wheels and wheel-bearing material thought to have been lubricated with water, tallow, or beeswax (Jenkins, 1980).

Discussing that finding with a colleague eventually led to an exercise that came up with a “Top 10” list of pioneers in the lubrication field. Most people would consider this a challenge, but there are many true pioneers who are worthy of mention in the field of lubrication, friction, and wear. The following list reflects my 10 personal, gold-medal “Lubrication Hero” choices, in chronological order, starting back in the 1600s.

1.  SIR ISAAC NEWTON
Newton was an English Physicist, mathematician and scientist who lived from 1643 to 1727. Famous for describing gravity and the three laws of motion, he was also the first person to recognize surface friction as an external force.

2.  ELIJAH MCCOY
The Canadian-born McCoy was working as an oiler for the Michigan Central Railroad when he invented the world’s first patented, self-pressurized oiling device. It used steam from a locomotive engine to force-feed lubricant to various points automatically. The design worked so well that railroads shunned all competitive products and only wanted to purchase McCoy’s lubricator. This, in turn, led to the coining of the phrase, “It’s the real McCoy!”

3.  RICHARD STRIBECK
Stribeck was a German engineer who, in 1902, first described changes that took place in the friction coefficient of bearings, as they experienced different lubricant regimes (Boundary, Mixed film, and Hydrodynamic) through startup to full running. He graphically represented these changes in what is now known as the “Stribeck Curve” diagram.

4.  ARTHUR GULBORG
Driven by the repetitive task of manually refilling oil cups of the die-cast machines in his family’s business, Gulborg was motivated to develop a less taxing process that employed a new grease- lubricant medium. The result was the world’s first grease gun, which featured a screw-type design built to mate up to a proprietary bearing point fitting. Gulborg called his invention the “Alemite” high-pressure lubricating system, after his family business.

6.  JOSEPH BIJUR
Up until 1923, automobiles required a rigorous daily lubrication schedule to lubricate up to 50 chassis lubrication points. To alleviate this burden, the American inventor Bijur developed a self-contained engineered pump and the world’s first centralized lubrication-delivery system for oil, which he called a “single line resistance (SLR)” system. His namesake company still exists today and the SLR system remains the most copied and highest selling lubrication system ever.

7.  OSCAR V. ZERK
Zerk emigrated from Austria to the United States and became a prolific inventor (with over 300 inventions to his credit). His most famous contribution to the world of lubrication manifested itself as the now-famous ,patented “Zerk” push-style grease fitting that has been unchanged since 1929. By the time he died, in 1968, more than 20 billion zerk grease fittings had been manufactured.

8.  AUGUST H. GILL
A U.S.-born chemistry graduate of MIT in 1884 (at the tender age of 20), Gill made his mark as a founding member of the ASTM committee for petroleum products and lubricants. More important, he’s credited as the founding father of oil analysis (having been one of the first people to formalize it as a field of study). The ICML presents an award in Gill’s honor to recognize organizations that exhibit excellence in the application of used-oil analysis and lubricant-condition monitoring.

9.  SIR PETER JOST
Funded by the British Ministry of State for Education and Science, Jost was tasked to investigate the position of lubrication-education and research in the United Kingdom and give an opinion on the needs of industry in this field. This assignment led to a landmark study of the measured effects of friction, lubrication and wear on the British economy. Jost coined the term “Tribology” and introduced it to the scientific and industrial world. For this contribution, he received a knighthood. The resulting Jost report was then used as a model for further studies in the U.S., Canada, and Germany. All of them echoed similar results that highlighted the importance and effectiveness of lubrication.

10. ERNEST RABINOWICZ
As Professor of Mechanical Engineering at MIT, Rabinowicz followed up on Sir Richard Jost’s study with his own ground-breaking study on “Design, Friction and Wear of Interacting Bearing Surfaces.” This study led to Rabinowicz’s seminal tribology book, Friction and Wear of Materials. He is also credited as the author of the “Rabinowicz Law,” which states: “Every year 6% of the GDP—Gross Domestic Product—is lost through mechanical wear.”

It’s essential that we understand who from the past (and how the past) helped to shape our modern-day approach toward lubrication practice and management. I have personally admired  the above lineup for many years, and believe that all of those listed are worthy of note in the tribology field.

If you have a “Lubrication Hero” that you think belongs on the list, drop me a line, and I’ll compile a readers-choice, “Top 10” list of contenders for a future article.TRR