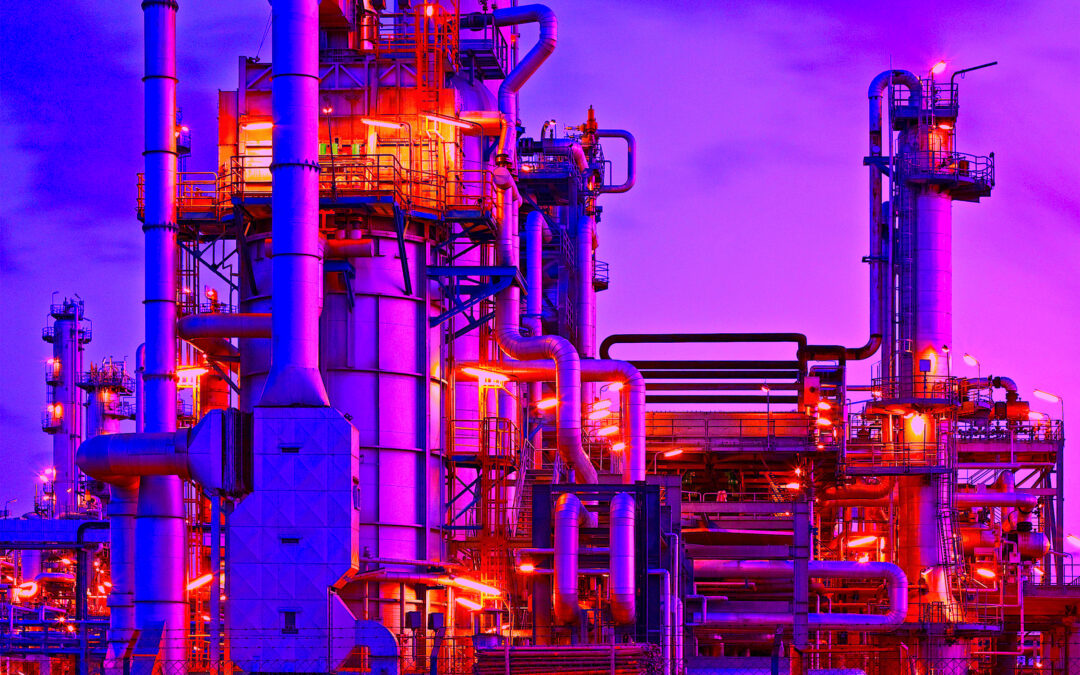 The preface to one of my books (Pump User’s Handbook) alluded to the area of pump-failure statistics. Such statistics are often translated into MTBF (mean time between failure). For what it’s worth, and so as to not become enmeshed in arguments, in the early 2000s, when the first edition (one of four) of that book was published, many best-practice plants followed a bare-bones approach to determine MTBF: They simply took all their installed pumps, divided this number by the number of repair incidents, and multiplied it by the time period being observed.

Based on the above formula, for a well-managed and reasonably reliability-focused U.S. refinery with 1,200 installed pumps and 156 repair incidents in one year, the MTBF would be calculated as (1,200/156) =7.7 years. The refinery would count, as a repair incident, the replacement of parts—any parts—regardless of cost. In this case, a drain-plug worth $1.70 or an impeller costing $5,000 would show up the same way on the MTBF statistics. Only the replacement of lube oil would not be counted as a repair.

The best-practice plant’s total repair cost for pumps would include all direct labor, materials, indirect labor and overhead, administration cost, the cost of labor to procure parts, and even the prorated cost of pump-related fire incidents. There are references to the stated average cost of pump repairs: $10,287 in 1984 and $ 11,000 in 2005. We believe this indicates, in relative terms, a repair cost reduction, because a 2005 dollar bought considerably less than the 1984 dollar. It can, thus, be reasoned that predictive maintenance and similar monitoring having led to a trend toward reduced failure severity.

Using the same bare-bones measurement strategy, and from published data and observations made in the course of performing maintenance-effectiveness studies and reliability audits in the late 1990s and early 2000s, the mean-times-between-failures in Table I were estimated.

OTHER PUMP-STATISTIC STUDIES
In early 2005, Gordon Buck, the John Crane Company’s Chief Engineer for Field Operations in Baton Rouge, LA, examined the repair records for a number of refinery and chemical plants to obtain meaningful reliability data for centrifugal pumps.  A total of 15 operating plants having nearly 15,000 pumps were included in Buck’s survey. The smallest of those facilities had about 100 pumps; several sites had over 2,000. The suggested seal targets shown in Table II came out of that research.

All of the surveyed plants were located in the United States. Furthermore, all of them had some type of pump-reliability program in progress.  Some of these programs could be considered as “new;” some as “renewed;” and still others as “established.”  Many of these operations, but not all, had an alliance contract with John Crane. In some cases, the alliance contract included having a John Crane technician or engineer on-site to coordinate various aspects of the program.

Not all of the surveyed plants were refineries, however, and different results could have been expected elsewhere. In chemical plants, for example, many small pumps have traditionally been “throw away” items, given the fact that chemical attack leads to limited life of these designs. While things have improved in recent years, the limited space available in DIN and ASME stuffing boxes limits the type of seal that can be fitted to more compact and simple versions. Lifetimes in chemical installations are generally believed to be around 50% to 60% of the refinery values.

TARGET PUMP AND COMPONENT LIFETIMES
Based upon the lifetime levels being achieved in practice in 2000 and combined with the known “best practice” as outlined in available reference texts, the target pump and component lifetimes of Table III are currently recommended. Moreover, they should be considered readily achievable today. 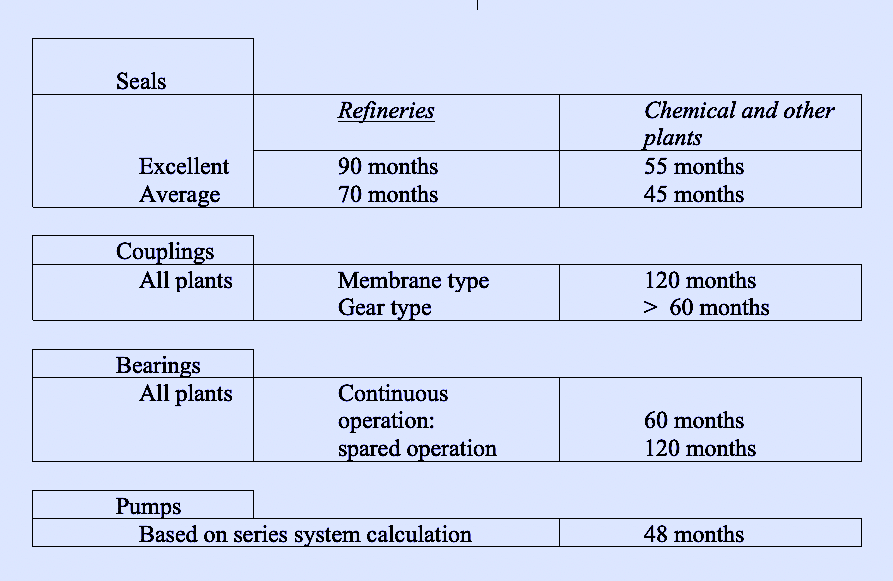 It should again be emphasized that many plants are achieving these levels. Nevertheless, to reach these types of pump lives, the pump components themselves must be operating at the highest levels. For example, an unsuitable seal with a lifetime of one month or less will have a catastrophic effect on pump MTBF, as would a poorly performing coupling or bearing.TRR