Reporting From The Hill: Workforce And Infrastructure Meetings In Washington, DC 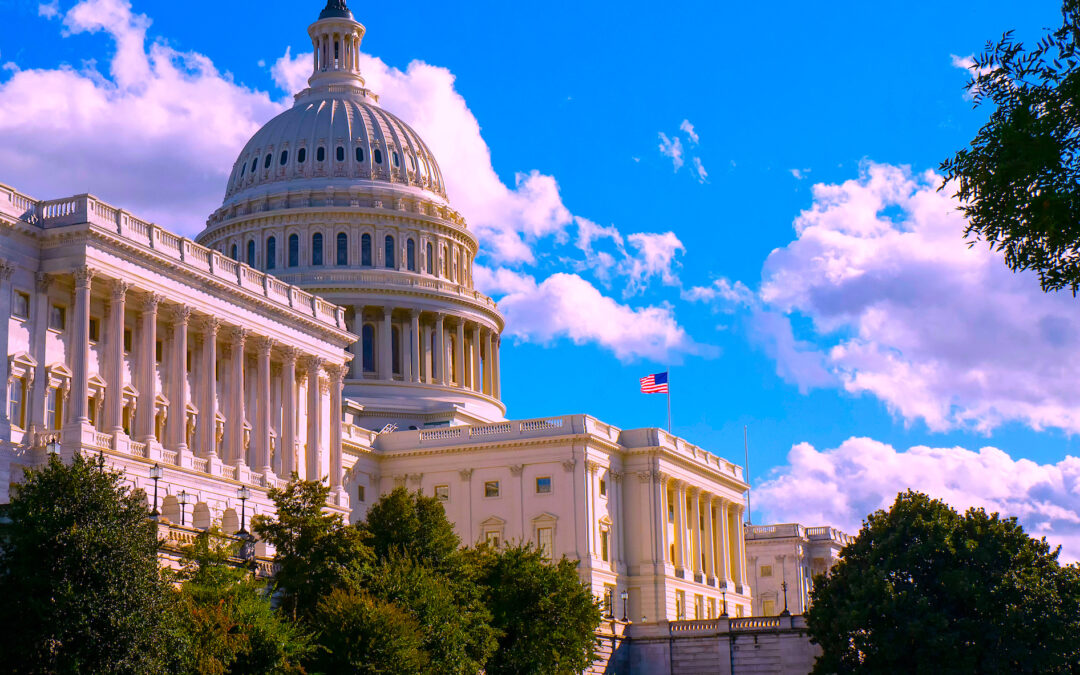 We’re now back to face-to-face meetings in Washington, DC. The last in-person meetings with legislators and Federal agencies were in 2020. This year, the focus through Business Leaders United, SMRP, and American Clean Power (ACP), was on the JOBS Act, other skilled-workforce funding, grid, and electrical energy reliability. For the purposes of this article, we will take this out of order and begin with the topic of digital literacy, then education, and, finally, electrical-energy reliability. (The discussion of that last topic will continue in next week’s article).

DIGITAL LITERACY
As we move further into the concepts of digital transformation, the importance of correct information, and the security of such information are critical to the operation and survival of individual businesses. One of the challenges that we need to address during this transition is digital literacy, the lack of which became abundantly clear during the pandemic. According to the U.S. Department of Education’s report, “A Brief Description of U.S. Adults Who Are Not Digitally Literate” (May, 2018: A Description of U.S.Adults Who Are Not Digitally Literate [ed.gov]), 16% of adults from the age of 21 to 65 do not have the basic foundational skills related to computer interface, understanding how the digital environment is structured, or how to interact effectively with digital information. This number included many who are in businesses and industries that require interaction with digital systems.

To make matters worse, according to a Pew Research Center study (Americans and Digital Knowledge | Pew Research Center), fewer than half of adults between the ages of 21 and 65 had an understanding of cybersecurity, and only 67% understood what a phishing attack was. There are few organizations working on the subject of digital literacy through workforce development. When I asked the panel about digital literacy surrounding IoT and other systems, the numbers plummeted further. It’s crucial that basic training in digital literacy and cybersecurity for the systems that we deal with in the area of digital transformation and cloud/edge devices is a fundamental part of our strategy. At this point in time, that is rarely considered.

SKILLED-WORKFORCE FUNDING
The JOBS Act has passed through the House of Representatives, and a version now resides in the Senate. This legislation is focused on providing Pell Grants to people participating in programs of as little as 150 clock hours and eight weeks that lead to a post-secondary credential or recognized certificate. This can include training classes that lead to a CMRT (Certified Maintenance and Reliability Technician) or CMRP (Certified Maintenance and Reliability Professional) through a recognized program; a trade certification (as in welding, among other things); or other professional or non-traditional trade program. In the works for some time, this modification to the Pell Grant program is bipartisan and expected to push through in 2022 or 2023. The best part is that it does not require an increase in spending, as there is normally a surplus in the Pell program each year.

The other areas of workforce-development funding primarily involve access to resources and support systems for adult learners to advance, change careers, and meet the needs of companies that are challenged in finding workers. This issue is not unique to physical-asset management or the trades. Every organization represented in the recent meetings in Washington basically had the same problem. One of the significant concerns was the assurance that government funding would benefit small businesses, not just business giants. After all, small businesses still account for the majority of the workforce and specializations. Points related to digital literacy were also made during discussions around funding.

ELECTRICAL-ENERGY RELIABILITY
On a related note, electrical reliability has finally become an important topic with legislators following events like the 2021 deep freeze in Texas and rolling blackouts in California. How the grid is going to be further developed following passage of the infrastructure bill was also a major discussion, one that included a focus on national grid teams in place through the Department of Energy. We will continue reporting on this particular task force over the next few years as it involves how we will be moving forward with electrification throughout the United States. This includes the impact of the present policy of electrification and the policies associated with a transition from fossil fuel transportation to electric vehicles. Existing infrastructure presently is not up to speed with continuously changing public policies, including conflicting Federal and state policies, which adds a layer of complexity on the discussion of transitioning from a regional grid system to a national grid system.

Other areas of discussion with several Senatorial and Congressional energy staffers were related to the impact of user electrical systems and concepts around distributed energy sources on the grid, which are being partially addressed through standards. However, the ideas associated with IEEE Std 519 (power harmonics at the point of common connection) and how businesses and homeowners effect the electrical system and, by extension, their neighbors, is only beginning. For example, poor power-quality practices of one facility will affect other facilities nearby, or even further up within the distribution system. While power generation, by default and with few exceptions, puts out near-perfect power, rarely do facilities receive the quality of power that is needed for today’s precision equipment and electronics. This is a serious part of the conversation. So is the impact of the grid on new generation technologies, including technologies that are in development, or potential technologies that are in the conception stage.

The focus of upcoming work and legislation in the area of electrification and digital transformation is shifting from just power generation to the reliability and quality of the power that we receive at our businesses and homes. Just as with the latter 1800s, where Edison’s concepts around making lighting available for those who could afford the generators or bulbs versus Tesla’s concepts around making lighting and power available for everyone, the present narrative is focused on terminology such as “equity” and “justice.”   In my opinion, that’s primarily political-marketing terminology for ensuring that the benefits of improvements aren’t limited to the traditional few. However, at the same time, the examples given were mostly about the traditional few (as in, ‘we helped big tech’ hire so many skilled workers,” versus “we helped John’s Electric hire so many electricians”). So, the marketing speak still has a way to go before matching practice and action.

PARTICIPATING IN THE NARRATIVE
The tone and narrative have been changing significantly on the Hill. I had the honor of representing several organizations in these recent meetings in Washington. The primary groups in attendance were associated with traditional workforce-development initiatives, including those seeking grants for implementation and what they interpret as the needs of industry  and the workforce. Within industry, such groups as SMRP’s Government Relations Program, Advanced CTE, IEEE, American Clean Power, and a variety of large corporate special-interest groups are involved. While we speak among ourselves about what’s needed, there also are avenues to present our cases to those who are making decisions on where the help will be delivered and what training will be provided. Of course, it should come as no surprise that a plethora of traditional lobbying organizations attended, as appropriations are being made, committees are in session, and policymakers are listening.

Interestingly, based on current security practices on the Hill, the average line at each building we entered was 30 minutes long, and only represented those groups that actually had scheduled meetings with policymakers. But the wait-times were worth it. As we see it, we have a choice: complain about the policies, or participate in the narrative.TRR