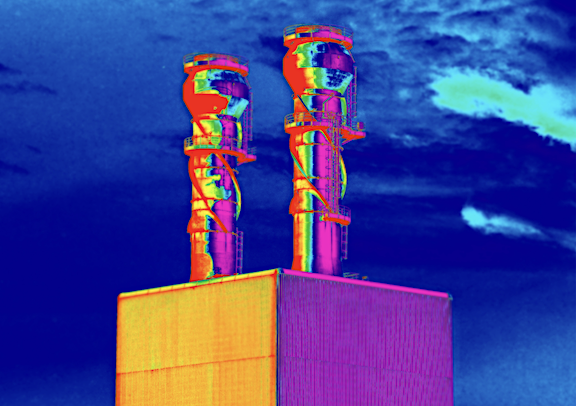 Special to The RAM Review
From T/IR Systems, LLC

Infrared thermography has become a popular tool for a wide range of applications.  Worldwide, thermography is used on a daily basis to detect and document thermal patterns associated with defects in electrical and mechanical systems, building envelopes, and commercial roofing systems. When combined with timely, effective repairs, data from infrared inspections can help to save thousands of dollars in avoided downtime or damage to equipment.  Infrared inspections can also be used for the purposes of condition assessment or as a quality assurance tool for new construction, repairs, or retrofits. Going forward, TI Reporter, a cloud-based software offering from T/IR Systems, LLC, of Burlington, NJ, will be easing those inspection tasks and making reporting on them more efficient. Note: T/IR Systems, LLC, is the parent company of Infraspection Institute (infraspection.com).

WHEN IT COMES TO INSPECTION REPORTS
To fully capitalize on data from an infrared inspection, two things are required:

While the second point may seem straightforward, it can be a cumbersome task for thermographers, especially when reporting software is ill suited for the application.

HISTORY OF THERMAL IMAGING SOFTWARE
The past several years have seen a number of advancements in thermal imaging equipment. In addition to being more sophisticated and having higher resolution, today’s thermal imagers have also become extremely affordable.  Concurrent with advancements in hardware, many imager manufacturers have worked to develop proprietary software for the analysis of the digital imagery produced by their thermal imagers. 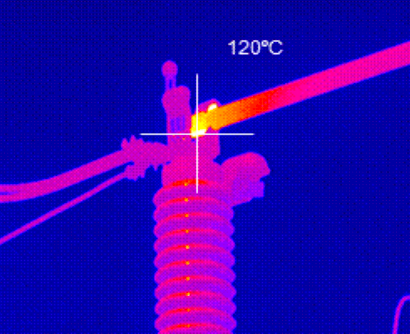 As competition has increased, one of the ways that imager manufacturers have sought to gain competitive advantage is by increasing the sophistication of their image analysis software. Designed to work with the proprietary imagery recorded by their thermal imagers, typical analysis tools include, but are not limited to:  multiple temperature spots; auto calculation of maximum, minimum, and average temperature values; variable color palettes; adjusting values for emittance, reflectance, and transmittance; and the ability to change level and gain settings for a stored image.

Despite advancements in image analysis software, the one area that has been universally ignored by thermal imager manufacturers is documentation of results. At present, there isn’t a single manufacturer-supplied software solution that allows a thermographer to generate standards-compliant reports for the inspections that they conduct.

Because digital thermal images contain proprietary formatting, software is specific to each brand of imager. Thermographers who own different brands of imagers must maintain software specific to each device. Most supplied software packages are engineered to operate on a personal computer and must be updated as operating systems change.

COMPLYING WITH STANDARDS
As thermography has matured, standards have appeared governing the conduct of infrared inspections and the requirements for documenting one’s findings. Worldwide, there are several organizations that publish such standards.  These include: ASTM International (ASTM), the International Organization for Standardization (ISO), Infraspection Institute, the InterNational Electrical Testing Association (NETA), and the National Fire Protection Association (NFPA).

Standards published by those organizations require a written report for each infrared inspection performed. Depending upon the type of inspection, reports may be qualitative or quantitative in nature. Qualitative inspections, such as those performed for building envelopes and roofing systems, typically do not contain temperature data.

Typically performed for electrical and mechanical equipment, quantitative inspections include temperature values, along with load information for each documented component.

At a minimum, qualitative reports should contain thermal images and corresponding daylight photos along with data that could influence the interpretation of imagery such as weather conditions prior to, and during the inspection. Quantitative reports should also contain thermal images and daylight photos along with data that can influence the accuracy of observed temperature data. This includes values for emittance, reflected temperature, and transmittance; distance to the inspected object; imager lens; weather conditions; and load values such as amperage, pressure, or flow rates.

With no standards governing the development of infrared reporting software, imager manufacturers have wide latitude in developing software for their thermal imagers. Overall, imager manufacturers tend to focus on the image-processing aspect of their software and largely ignore the reporting requirements. While some provide rudimentary templates for a single application, there is no such thing as a “one size fits all” report template.

OVERCOMING REPORTING CHALLENGES
Recognizing the challenges associated with infrared reporting software, T/IR Systems, LLC, has introduced  TI Reporter, a web-based data-management and reporting solution that works with all thermal imagers. Because TI Reporter operates in the cloud, thermographers can generate reports while in the field or from their offices. All that’s required is a web browser and an internet connection. 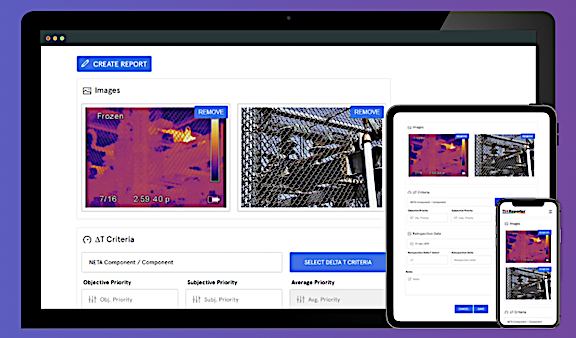 Designed by practicing thermographers, personnel from Infraspection Institute, and recognized software experts, TI Reporter generates standards-compliant reports for a wide variety of applications. Because it operates in the cloud, there is no software to install or maintain, and updates are provided automatically.

REDUCING OVERHEAD AND INCREASING PROFITS
One of the greatest challenges facing thermographers is the time spent generating reports. Due to inefficiencies associated with thermal imager software, it is not unusual for thermographers to spend up to eight hours generating a report for each day spent performing an inspection.

Incorporating features that speed data entry and eliminate unnecessary steps, TI-Reporter has been shown to cut reporting time by up to 80%. For locations with an internet connection, data can be entered while in the field. This allows for real-time entry of data and immediate availability of reports that can be emailed to maintenance managers or customers. By reducing overhead associated with inefficient software, thermographers are available to perform more inspections and profits are increased.