Lubrication Misunderstood: The Cost Is High 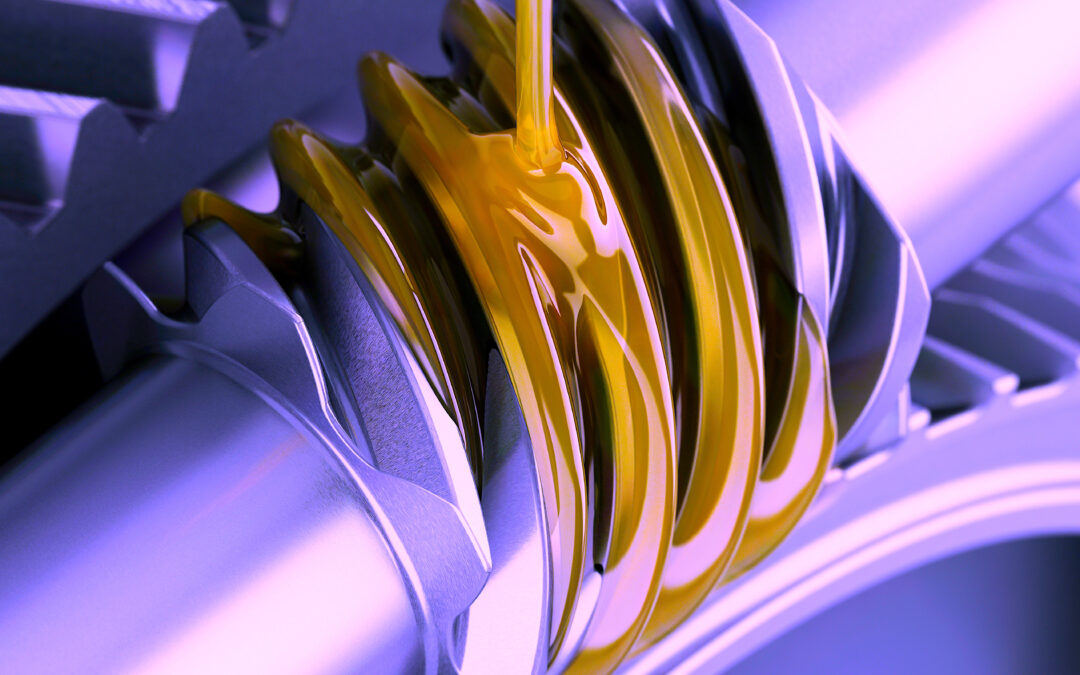 The subject of lubrication is rarely, if ever, taught in U.S. universities. That’s regrettable. Misunderstandings and lube-related errors abound in plant operations and cost industry millions of dollars each year. The following collection of real-world case histories makes the point about those misunderstandings and errors rather compellingly.

1. SYNTHETICS & SLUDGE-REMOVAL ACTION
Not too long ago, decision-makers at a major refinery chose to convert the site’s steam-turbine lubricant from mineral oil to synthetic. The refinery procured a premium-grade synthetic lubricant and put it into service. Soon after, when sludge started to appear in the oil sumps of the site’s small steam turbines, staff members theorized and then proclaimed that it had to be the rather regal color of this well-known ISO Grade 32 synthetic-oil formulation that was  causing the sludge. Since neither the maintenance technicians nor the engineers realized that sludge removal is among the key attributes of many excellent synthetics, the refinery insisted that the oil formulator make future oil shipments without the color.

That this lubricant color had never been of concern to hundreds of customers and thousands of pieces of equipment did not seem to matter. In fact, since the subsequent refill of the now “colorless” lubricant no longer produced sludge, the buyer felt even more strongly that color had been the culprit here. But the refinery was clearly wrong. The original charge of synthetic oil had simply removed all the sludge-like deposits from bearing housings and lube piping. Therefore, color or no color, the second charge no longer liberated any sludge.

As informed engineers well know, some lubricants use color primarily for identifying purposes. So, while color may identify the “Aristocratic Vendor,” different additive formulations often set apart competing vendors and can, indeed, make huge differences. Never mind colors; instead, assist your workforce and administrative staff in understanding that specific additive packages in synthetics are the real key to high equipment reliability and failure avoidance. And good additives cost money—and are well worth paying for.

2. SYNTHETIC LUBRICANTS & ATTACKS ON PAINT
Another facility that I have come across is being deprived of the benefits of synthetic-oil use because an engineer once expressed concern that a widely used premium-synthetic lubricant might attack the paint inside the operation’s gearboxes. Degrading of paint would be a valid concern only if a gear manufacturer had been foolish enough to supply gearboxes with an internal coating of house paint. (House paint in gearboxes would surely set a new precedent). After first ascertaining that the epoxy paint in modern gear units is not subject to attack, competent engineers might be expected to actively consider upgrading to synthetic lubricants in gearboxes and other machines. Rigorous life-cycle cost calculations taking into account cooler running, extended oil-drain intervals, and reduced frictional power losses will prove that, for self-contained gear units, such upgrading is highly cost-justified in the overwhelming majority of cases.

3. STANDARDIZATION & LIFE-TIME LUBRICATION
We’ve also seen ill-advised (and, in the end, very expensive!) decisions to take a “one-oil-fits-all” approach in some lube-selection matters. Similarly, we know of highly counter-productive moves toward standardizing on the same type of grease for electric motor bearings, gear couplings, and steam-turbine valve linkages. Some folks even “standardize” by exclusively using life-time lubricated, sealed, bearings. Such standardization will indeed work well for vacuum cleaners that are typically in service for about 100 hours each year. But using these bearings on your 25-hp and larger electric motors will surely cause excessive maintenance cost outlays for electric motors that are expected to run without bearing distress for thousands of operating hours.

Another rather sad—and costly—standardization experience occurred at a U.S. refinery around 2002/2003. In one process area, which we’ll call unit “A,” the refinery had been using oil-mist purge on numerous sleeve-bearing-equipped centrifugal pumps. In another process unit, “B,” pure oil mist was being applied on a large number of pumps equipped with rolling element bearings. The pumps in all other process units were conventionally lubricated and had liquid oil sumps; their 32-month MTBF rates served as the comparison basis.

Properly applied, an oil-mist purge will prevent atmospheric moisture and dust particles from entering and contaminating the lube oil. And, if applied per API-610 guidelines, pure oil mist will significantly extend rolling element bearing life in pumps. However, in 2003, when the refinery’s unit “A” pump MTBF decreased below that of the conventionally lubricated units at the site, and when the MTBF of unit “B” hovered just barely above that of the conventionally lubricated areas of the refinery, doubts were raised as to the viability of oil mist.

The root causes for the surprisingly low pump MTBF at this refinery were found in an unusual step that had been taken by “parties unknown.” Concerned that the use of ISO Grade 68 mineral oil as a purge in unit “A” would dilute the ISO Grade 220 lube oil in a connected gearbox, “parties unknown” had decided to use ISO Grade 220 mineral oil in the two oil mist systems. ISO Grade 220 oil squarely contradicts the recommendations of knowledgeable bearing and lubricant suppliers. Grades higher than 68, and certainly those in above ISO 100, are unsuitable for centrifugal pump bearings operating at the DN values (D = shaft diameter in inches, times N = rpm) found in modern refinery pumps.

In any event and as customary, the sleeve bearings in the pumps of unit “A” incorporated oil rings and were designed for ISO Grade 32 lubricants. Operation on thicker oils caused the oil rings to feed an insufficient amount of lubricant into the sleeve bearings. Likewise, application of the unacceptably high-viscosity Grade 220 oil to the many rolling-element bearings in unit “B” caused the oil to collect in the “trough” formed in the 5-to-7-o’clock region of those bearings in most centrifugal pumps. The rolling elements had to essentially plow through this thick oil. Temperature excursions and skidding of rolling elements resulted, and the bearings failed prematurely. Consequently, the refinery’s pump-related repair and downtime expenses became truly excessive.

CHECK OUT YOUR PRIORITY CONCERNS
My reporting on unfortunate case histories, such as those above, could go on for quite a while. Perhaps some operations should consider putting reliability-focused and self-motivated individuals in charge of updating and moving their facilities’ synthetic-lube and bearing application knowledge. It certainly is true that there is considerable payback for insisting that reliability professionals implement the many small, yet highly cost-effective maintenance improvement measures. Doing so sets apart the repair-focused old-style practitioners from today’s reliability-focused best-in-class performers.

If your plant is not as profitable as a competitor’s facility, why not ask what the competitor is doing that your site’s folks aren’t. It may be time to update the knowledge base of personnel based on the the likely existence of this costly training deficiency: Their previous training might have neglected to emphasize that the consistent application of sound basics must precede the hunt for and embrace of quick high-tech solutions. Without effective training, understanding, and conscientious implementation of the basics, high-tech solutions will be of no value.

So, checking out if a stated concern is—or is not—valid should be a priority task for reliability-focused organizations. Don’t allow mere statements of concern to stand in the way of progress. Let your engineers check out and report why it is that others thrive on using synthetics for gear lubrication; or why nobody else has apparently ever thought of using ISO Grade 220 lubricants in their oil-mist systems; or how many years it would take for an extremely small quantity of ISO Grade 68 oil-mist purge to degrade five gallons of ISO Grade 220 lubricant to the minimum acceptable ISO Grade 190 level; or why best-of-class performers have wisely chosen not to install life-time lubricated, non-regreasable ball bearings in large electric motors. (This list also could go on and on.)

BOTTOM LINE
Trial-and-error solutions are rarely the right or most cost-effective approach for organizations that employ engineers. Today, sound root-cause-failure analysis (RCFA) and implementation of fact-based solutions are needed more than ever. To paraphrase and apply some ancient writings to your operations: “Safeguard practical wisdom and thinking ability, and they will prove to be life to your process equipment.”TRR