Lean By Design Or By Default: Now’s The Time For ‘Real’ Lean 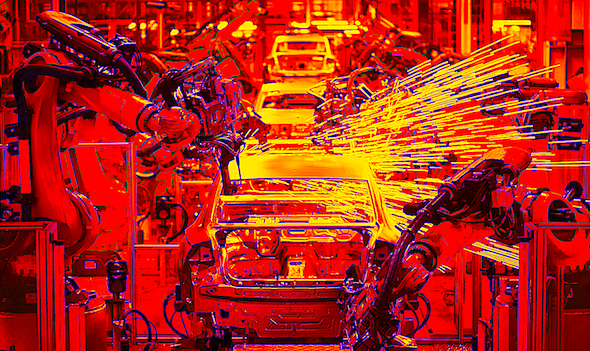 As organizations wrestle with a huge variety of COVID-19 impacts, they’re often running short-handed and without a full complement of support services. They may also be experiencing unpredictable supply-chain interruptions (upstream from their suppliers and downstream toward the paying customers). “We’re finding ourselves in some pretty lean times,” is what I’ve heard coming out of many businesses. Well, maybe not really “lean,” but rather gaunt and inadequate. Nevertheless, now is the time for “REAL” lean thinking. And “REAL” lean operating.

“Doing more with less of everything” is one way to think about a lean operation, whether in the front office, on the road, out in the field, down in the mine, or on the plant floor. But let’s make sure we get it right this time.

Some three decades back, the buzz words “Lean Manufacturing” and, later, “Lean Enterprise” invaded the workplace based on Toyota’s automotive production system. Consultants retooled their approach. New terms proliferated to the point that some were referring to a Japanese invasion. Many businesses missed an opportunity, misunderstood what “lean” was all about, or continued business as usual and suffered losses. Others embraced “lean” in a variety of ways. Some prospered, others failed.

WASTE AND THE TOYOTA PRODUCTION SYSTEM
The proverb “waste not, want not” dating from 1772 in the American Colonies (and the even earlier [1576] Scottish iteration, “willful waste makes woeful want”) have guided many frugal or thrifty ways of thinking about conserving resources for generations. Such ways of thinking may be even more valuable today than ever.

Lean (as seen in the Toyota Production System) is “a system for the absolute elimination of waste.” according to Shigeo Shingo, the prominent industrial engineer of what became known as the Toyota Production System. Shingo also spoke of waste as “any activity that does not contribute to operations.” Waste eventually fell into seven or eight basic categories. These include transport, inventory, motion, waiting, over-production, processing, defects, and as some have added, skills (underutilized talent). Think of waste as anything that interrupts or impedes the flow of production.

In prior iterations of lean, a widespread “war on waste” was unleashed to the point that few sustainable and tangible results were experienced. Waste reduction is a focused improvement, a tactical tool, not a strategy. The strategy is to improve production flow for on-time delivery at the lowest cost per unit produced. When an interruption or bottleneck to production flow is identified, and the penalizing processing centers are narrowed down, that’s when (and where) a war on waste should ensue. Then, using the tool of seven or eight wastes, see where wastes can be identified, eliminated, or reduced.

In prior iterations of lean, the value-adding piece was often misunderstood in ways that disenfranchised whole departments and individuals. For example, “maintenance” was seen by some as “non-value adding, but a necessary evil” (actual words from several consultants and thought leaders at the time). In processing something (a product, for example) maintenance is not an operation that “turns raw or semi processed materials into finished products and increases their value.” Maintenance is much like human resources, accounting, marketing, engineering, and quality departments (and individuals) that enable the business to function. The “lean thinking” approach is intended to press some of these functions down to the front-line production personnel, where it makes sense to eliminate waste at the source of the operation.

Real-lean thinkers would ask, for example: “What quality-control functions could be performed by a trained production person in ways that reduce (or eliminate) the need for a QC person to inspect parts for defects (a non-value adding function)? “What equipment maintenance functions (failure prevention functions) could be carried out by a machine operator to eliminate machine failures (such as keeping the machine wear points clean, topping reservoirs, changing air filters, and listening for squeaks, rattles, and leaks)?”

RELIABILITY: A KEY ELEMENT OF LEAN
Keep in mind that lean operation is not about making machines run faster. It’s about making machines more reliable, causing fewer interruptions to production flow, less defects, and, in turn, more yield at the optimal design speed. A machine that doesn’t run when it is scheduled to run is a “processing waste” and a “waiting waste.” A machine that runs at less than operating efficiency is a “processing waste.” A machine that produces defects is not only a “process waste,” but also the source of “defect” wastes.

LOOKING FOR LEAN
Real lean is 80% waste elimination, according to Shingo’s viewpoint. I, however, believe it may be higher than that in some operations. Real lean is not about widespread implementation of visuals, 5S, or housekeeping. These are tools to eliminate waste and eliminate errors in processing.

In the hundreds of plants and facilities I have visited, over the years, I’ve learned that you cannot see “lean.” Sure, one can see all the tools of lean: visuals, organized workspaces, metric boards, Kanban bins, TPM, value-stream maps, and the like. But it’s when we look deeper and see real production flow, uninterrupted flow, balanced flow, and minimal inventory levels, that we are observing real lean.

Now is definitely the time for lean by design, not by default. That means “REAL” lean, though: not a program to implement, but a new way of thinking and operating. To some, this will be a culture change. To others, a mere tweaking of how things get done in this COVID/post COVID pandemic era.TRR