July 4th And The Flags Of The USA 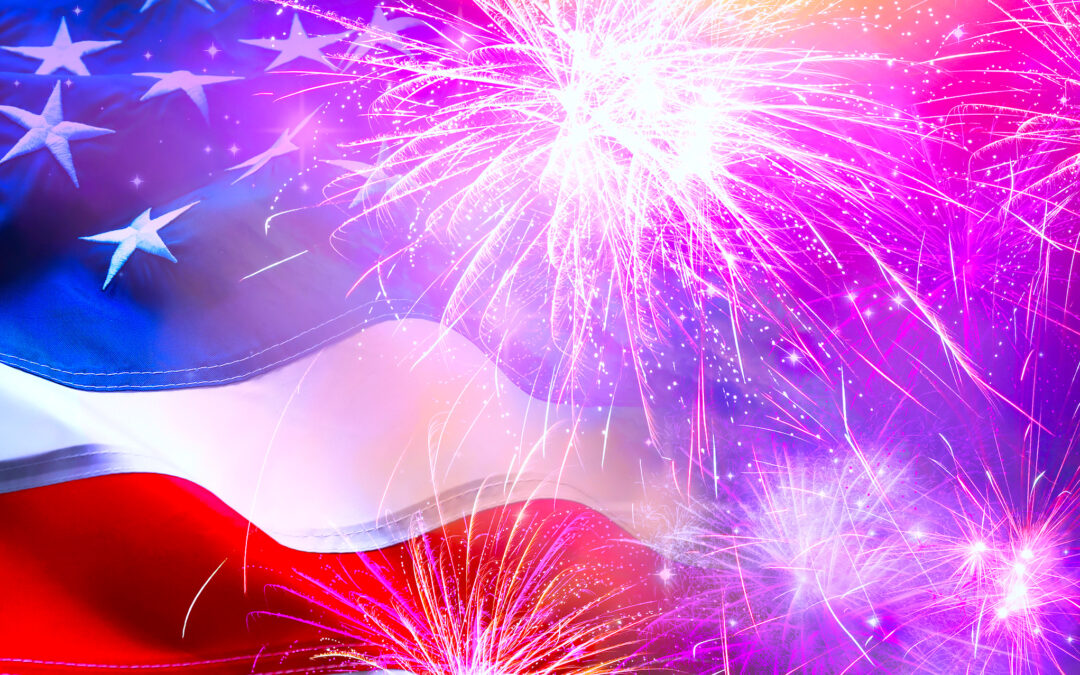 Editor’s Note: Bob Williamson is not just a respected RAM professional and busy member of The RAM Review team. Among other things, he’s also the Curator and member of the Board of Directors of the only “House of Flags Museum” in America (read more about the museum below.) This week, with the United States preparing to celebrate its 245th birthday, Bob is taking off his RAM hat and using this space to provide the following history lesson:

On July 4, 1776, Colonial America’s Second Continental Congress unanimously declared its independence from Great Britain in a 1,338-word document signed by representatives the from 13 Colonies. Revolutionary War battles that raged on land and at sea were fought under a variety of local militia and personal flags. These flags were colorful, some with the words “Liberty” and others with a variety of symbols including rattlesnakes and pine trees. But the now famous “Stars and Stripes” would not be known until nearly a year later.

On June 14, 1777, the Maritime Committee of the Continental Congress specified that the flag was to be flown from our ships at sea, declaring the United States of America as their country of origin. The description of this flag was state quite simply: “Resolved, that the Flag of the thirteen United States shall be thirteen stripes, alternate red and white; that the Union be thirteen stars, white on a blue field, representing a new constellation.”

Our very first flag was designed and made with six-pointed stars by Francis Hopkinson, a representative of New Jersey at the Continental Congress. Hopkinson was also instrumental in the design of the Great Seal and first currency of the United States of America.

It wasn’t until after the War of 1812, our second war for independence from Great Britain, that celebrating July 4th as our Nation’s Independence Day became popular. One of the most famous battles in that war took place Sept. 13  – 14, 1814, in Baltimore Harbor, Maryland. For nearly 27 hours, as thunder and lightning raged, the British ships bombarded Fort McHenry relentlessly as the cannon in the fort fired back. Then, in the early morning hours of Sept. 14, the thunderstorm stopped, the bombardment ceased, and the fort’s defenders lowered their battered storm flag and raised the large, 30- by 42-foot garrison flag that Major Armistead ordered a year earlier from local flag maker Mary Pickersgill.

Francis Scott Key, a Maryland lawyer being held in Baltimore Harbor on a British command ship, was so moved by what he saw at “dawn’s early light” on the morning of Sept. 14, that he penned a poem. On Sept. 20, the Baltimore Patriot published Key’s poem with the title, “Defence of Fort M’Henry.” It would later become the National Anthem of the United States.

Most people do not know that our Nation’s flag from 1795 to 1818 (our “Star-Spangled Banner” that flew over Fort McHenry) had 15 stars and 15 stripes. After Vermont and Kentucky joined the United States in 1775 Congress added two more stars and two more stripes to the former 13 star and striped flag. Then on April 14, 1818, after two sessions of congressional committee’s debates, it was settled. “The flag of the United States be thirteen horizontal stripes, alternate red and white: that the union be twenty stars, white in a blue field …” and “that on the admission of every new state into the Union, one star be added to the union of the flag.”

On this July 4th, as we celebrate 245 years as an independent sovereign nation, we’ll be flying our flag to celebrate the freedoms and liberties that we embrace in these United States of America.TRR

ABOUT THE HOUSE OF FLAGS MUSEUM

Located in Columbus, NC, The House of Flags Museum, for which Bob Williamson serves as Curator, is an all-volunteer, non-profit organization that was founded in 2001 and expanded in 2011. Today, the museum has over 300 authentic, reproduction historical U.S., state, and military flags on exhibit.

One unique exhibit Bob curated highlights the history of the President’s Flags of the U.S.,from 1775 through modern times. That exhibit followed a first-ever exhibit of President Eisenhower’s White House Oval Office Flags, the 48-, 49-, and 50-star Presidential and Stars and Stripes. Several presidential museums around the country have called on Bob for his help in understanding their flag collections.

BTW: Bob’s passion for flags is not new. It goes back to his Grandfather, who would say, “Any day is flag day,” as he proudly raised a 48-star flag in his front yard, on the main street of Tecumseh, MI.

To learn more about The House of Flags Museum, click here or go to: houseofflags.org.