Have You Ever Heard of Flixborough? 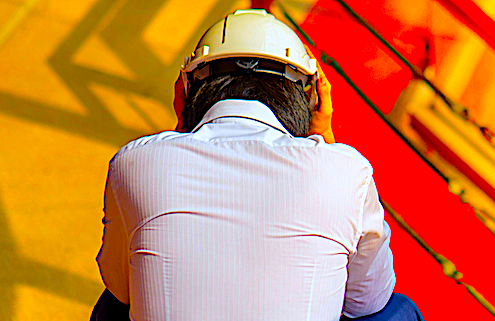 At a gathering of reliability professionals in Texas, the coordinator invited questions from the audience. I was asked what I thought of installing flexible piping, joints, or connectors on centrifugal pumps. My answer was relatively short and specific. I’ve summed it up in the following paragraph. Please read on.

While sometimes feasible, using flexible piping on centrifugal pumps in a process plant environment is generally a bad idea. We leave it to others to decide if it is sloppy workmanship or lack of engineering that impel some to consider flexible piping in the hydrocarbon processing industry (HPI). In any event, we should not, in most cases, tolerate the ensuing risk. Since there can be no doubt that best-practice plants are using only hard-piped connections in process pumping services, users should understand and research facts before allowing anything other than diligently configured conventional piping. The issue involves questions on what happens if a neighboring piece of equipment catches on fire. In that case, machines within reach of the intense heat may fail simply because flexible piping became the weak link.

Once I finished my answer, I asked the questioner to imagine me as the plant manager dealing with a technician who advocated anything other than best practices. My reaction would be to instruct that technician to look into the matter by consulting the Internet under “Flixborough,” and then report back to me on what he or she had discovered. But why?

RECAPPING THE FLIXBOROUGH DISASTER
In early 1974, one of the six reactors at a cyclohexane oxidation plant in Flixborough (U.K.) developed a crack. It was considered appropriate back then to bypass the reactor by constructing a 20-in. bellows bypass. With operating conditions of 8 bar and 150C, the bypass failed immediately after it was put into operation on June 1, 1974. As a result, an estimated 40 tons of inventory were released, and a vapor cloud formed.

The ensuing explosion was equivalent to an estimated 15 tons of TNT. It totally destroyed the plant and many nearby houses. The control room collapsed; 28 operators were killed; and 89 operators and neighbors were injured. A vicious fire lasted three days, with as many as 250 firemen involved in fighting the conflagration. The last fires in some storage vessels burned under controlled conditions and were finally extinguished on June 13.

That’s why, even now, so many years later, we want to remember Flixborough.

LEARNING FROM FLIXBOROUGH’S MISTAKE
It’s true that the fateful piping modification at Flixborough was constructed by people who simply did not know the vulnerabilities of their bellows configuration. Still, people in charge of various plant operations should always insist on answers to questions regarding failure risk in the event a fire were to erupt in the vicinity of any flexible line.

Unless a flexible connection is designed with a suitably large margin of safety and is both flawlessly installed and maintained, its use around flammable and toxic fluids will be risky and should not be allowed. Once the requirements of safety factor and flawless maintenance are satisfied, one might ask for a cost comparison between a fire-tolerant, properly installed and maintained flexible setup on the one hand, and equally fire-tolerant, properly designed and installed hard piping on the other side. I believe the answer would be rather obvious, but a manager might ask an employee to research it as rather typical learning assignment. Don’t guess. Do research. Get help, if needed, and get it only from people who are qualified.

CUTTING TO THE CHASE, AGAIN
Regrettably, many people who proclaim expertise in modern technologies have opinions but haven’t read very much. They tend to take comments out of context and deal with very old and often highly-biased data. Some have no idea of the statistics of piping-induced failures. They seem to be unaware of the effects of vibration transmitted by neighboring equipment, or resonance created by flow pulsations and the like. Small piping may have to be braced or gusseted in two planes at right angles to each other.

Good books explain all of the above and more. Training and learning, though, starts with one’s motivation to read.

There’s a moral to this story: Good managers in today’s plants and facilities groom good readers and reward them for becoming value-adders.TRR


ABOUT THE AUTHOR
Heinz Bloch’s long professional career included assignments as Exxon Chemical’s Regional Machinery Specialist for the United States. A recognized subject-matter-expert on plant equipment and failure avoidance, he is the author of numerous books and articles, and continues to present at technical conferences around the world. Bloch holds B.S. and M.S. degrees in Mechanical Engineering and is an ASME Life Fellow. These days, he’s based near Houston, TX. Email him at heinzpbloch@gmail.com.