Fake Bearings: Delving Into The Dark Side 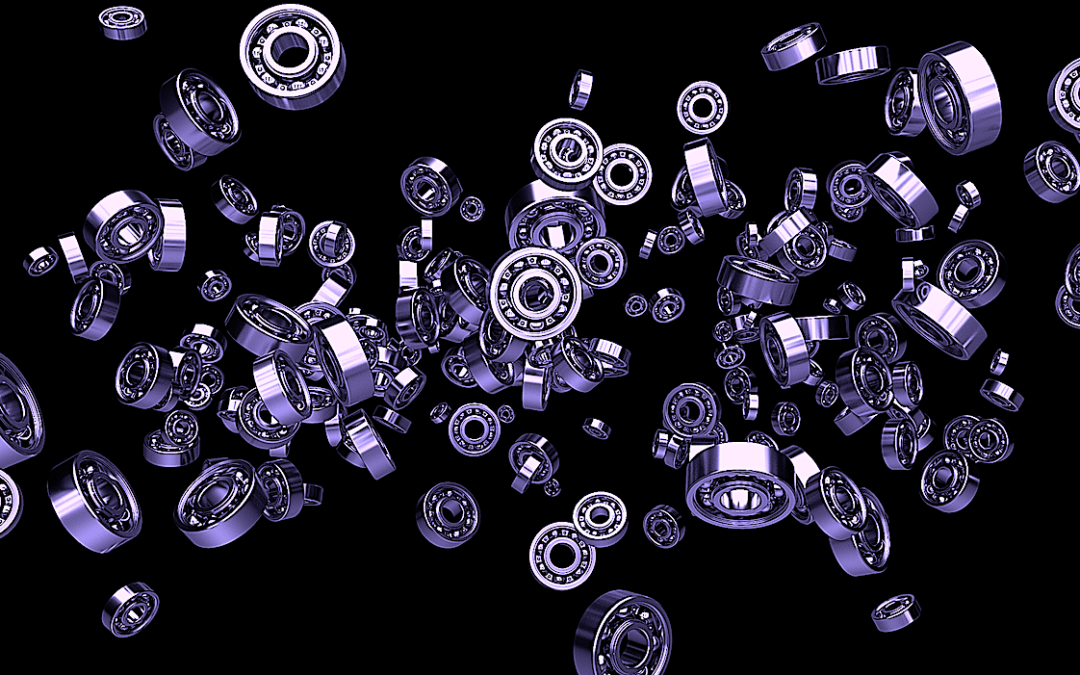 In my July 11, 2021, “Dispatches From The Plant Newsletter” column (see link), I discussed how the global marketplace is currently confronting supply-chain shortages of just about everything these days. This situation has led to a perfect storm, one that’s allowing counterfeit supplies and components to creep into the supply chain when industrial buyers look for price, availability, and, especially, delivery timeframes.

Unfortunately, as they have been for years, anti-friction bearings are among the most frequently counterfeited engineered products on the planet. Counterfeiters have found numerous ways to cheapen materials, eliminate heat treating, shortcut machining processes, and assemble bearings that don’t reflect the real OEMs’ precision tolerances. Just as frightening is the fact that the counterfeiters’ fake packaging looks as real as the OEM packaging. In some cases, these bogus products and their boxes look more real than the real ones.

See the sidebar at the end of this article for several ways to detect counterfeits. But, as I wrote in my newsletter column, be careful in how you proceed. The World Bearing Association (WBA) advises those who suspect counterfeit bearings to “communicate first to the premium-brand manufacturer and the authorities before you contact your distributor or supplier. Sharing suspicions with them [distributors/suppliers] may lead to destruction of evidence and hiding of information, putting investigations at risk.”

OEMS & CUSTOMS INSPECTORS KEEP STEPPING UP THEIR GAME
Over the past 10 years, customs seizures of counterfeit bearing products have grown exponentially. According to the WBA, counterfeits are no longer limited to high-volume small bearings. Larger-bore bearings are also in the counterfeit mix. In a recent two-year period, the WBA also reported that more than 2.2 million counterfeit bearing products were seized enroute to 50 countries, including the United State and nations throughout Europe. Here’s a brief roundup of news on some relatively recent activities in the war on fakes. This information was obtained from a variety of OEM sources and the WBA

♦    In early January 2020, Schaeffler’s Brand Protection Team was contacted by the customs office in La Spezia, Italy, where a container of 1,236 counterfeit Schaeffler rolling bearings was stopped in transit on its way to Morocco. A unique data-matrix code (DMC) code for each Schaeffler bearing played an important role in this seizure. Schaeffler specialists were also able to identify duplicated codes on counterfeit products that had originally been applied to original genuine Schaeffler products. Once a DMC has been marked as a counterfeit in the system, all subsequent inquiries relating to that code will trigger red warning messages.

♦   An NSK white paper titled, “The Risks of Buying Counterfeit Bearings and How to Avoid Them,” published in June 2020, noted that, “The recent seizure of 23,000 counterfeit NSK packages and labels in Hebei Province, China, a follow-up raid, discovered more fake merchandise at another factory owned by the same offender. Over 90,000 counterfeit bearing boxes and 10 imitation printing plates covering four major bearing companies (including NSK) were found. Several machines for printing, laminating, die-cutting, creasing and cutting were discovered. Aside from the fake boxes, officials also found several stacks of uncut packages, most of which were NSK.”

♦   A counterfeit-bearing seizure by the South African Police Service (SAPS) reportedly took place at an independent bearing supplier in August 2020. According to the information source, based on available information, this event could have been South Africa’s largest seizure of counterfeit bearings “to date.” It was described as follows: “A tip-off was received about a bearing supplier in Modderfontein, Johannesburg, believed to be stocking and supplying counterfeit bearings. A search resulted in an estimated R5.6 million (US$ 394,934) worth of Timken, NSK, and FAG branded counterfeit products found and seized in the said company’s premises.”

♦   In the UK, a raid led to the seizure of counterfeit bearing, which, otherwise, could have been sold on to unsuspecting industrial customers and end-users. Several thousands of bearings, of more than 170 different types and sizes (with an estimated total weight of 1.5 tons) were seized. This wide range products included items used in automotive applications, as well as industrial machinery. According to the information source, “During the raid, SKF learned that counterfeit goods had been sold to many customers in the UK by the non-authorized distributor. Bearings from other brands, allegedly sourced from the same suppliers as the counterfeit SKF products, are also suspected to be non-genuine.”

AN IMPORATANT JOB FOR  RAM PROFESSIONALS
As RAM pros, we need to communicate with purchasing agents, buyers, and suppliers that we are on the lookout for suspicious bearing products that may compromise plant equipment and processes, injure personnel, damage products, and lead environmental issues. Acceptance inspection of critical bearings BEFORE they end up on our shelves or, worse, in our plants’ equipment, should be at the top of our respective to-do list.TRR

HOW TO DETECT FAKE BEARINGS: HELP IS HERE
Here’s a list of approaches that can help in the detection of counterfeit bearings, preferably before these components enter plants and facilities. Don’t ignore them. Although I touched on them in my July 11, 2021, newsletter column, in my opinion (and probably that of the World Bearing Association), drawing attention to the following items can’t be overdone.

1.  Bearing authenticating apps are available for smartphones. You can check for counterfeits with the free WBA app (WBA Bearing Authenticator); the SKF app (SKF Authenticate); the NSK app (NSK Verify): and the Schaeffler app (OriginCheck). Others may also be available. Contact your certified bearing suppliers for more information.

2.  OEMs take pride in their crates, labels, and packaging materials, regardless of bearing size. Take note of them. Examine large bearing shipping crates. Do the brand identifications and country of origin look official? Does the crate look to be safe and secure, professionally produced?