Cold-Weather Issues With Wind Turbines And Other Renewables? Yes And No. 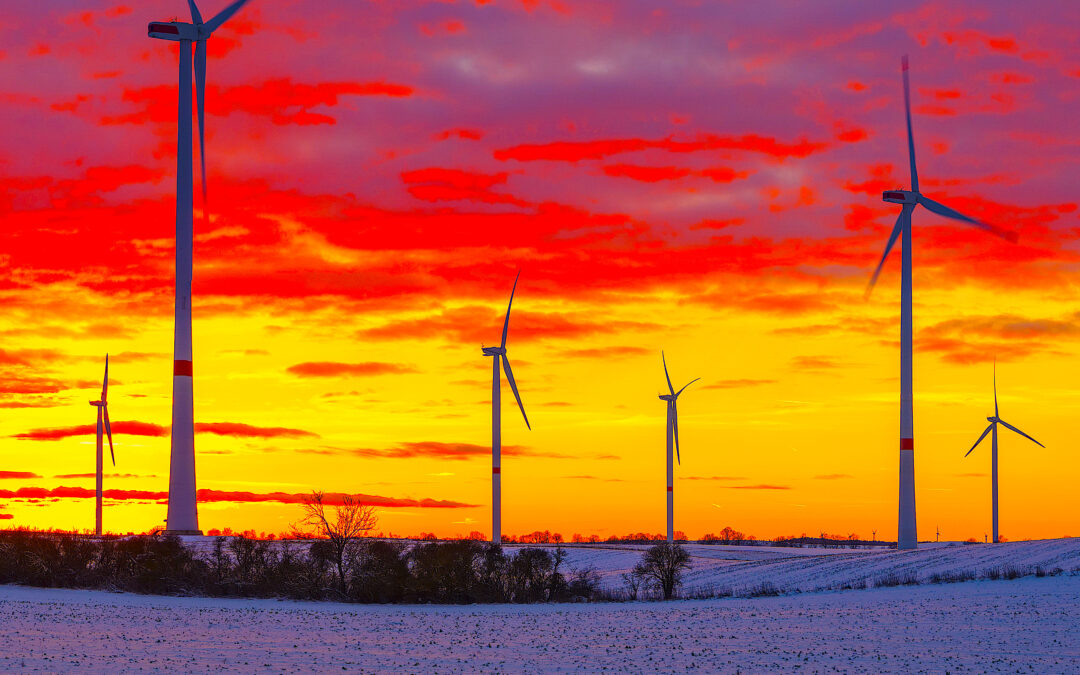 With the extreme polar vortex dipping south into Texas recently, there’s been plenty of discussion about the reliability of wind turbines in supplying power. The issues raised have ranged from turbine icing to the notion that Texas might have been relying too heavily on renewable wind and solar supplies as opposed to traditional base-loading coal-fired and nuclear plants. Significant finger-pointing and drama have permeated the 24-hr. news cycle and social-media, with shots being fired from all sides. Yet, organizations typically relied upon for accurate energy information, including the Energy Information Administration (eia.gov), are being largely ignored.

The truth of the matter is that an official energy investigation will be conducted. And, like the investigation after the 2003 Northeast blackout, it will shed light on what occurred in Texas. Until that time, there are a variety of more immediate concerns to discuss, such as the infrastructure of the region not being prepared for the deep-cold impact related to home-insulation systems, depth of utilities (including as water and natural-gas piping), and other considerations. At this time, it’s important to keep in mind that wind power makes up only 23% of the electric-power generation in the Texas grid, while natural gas makes up over 40%. 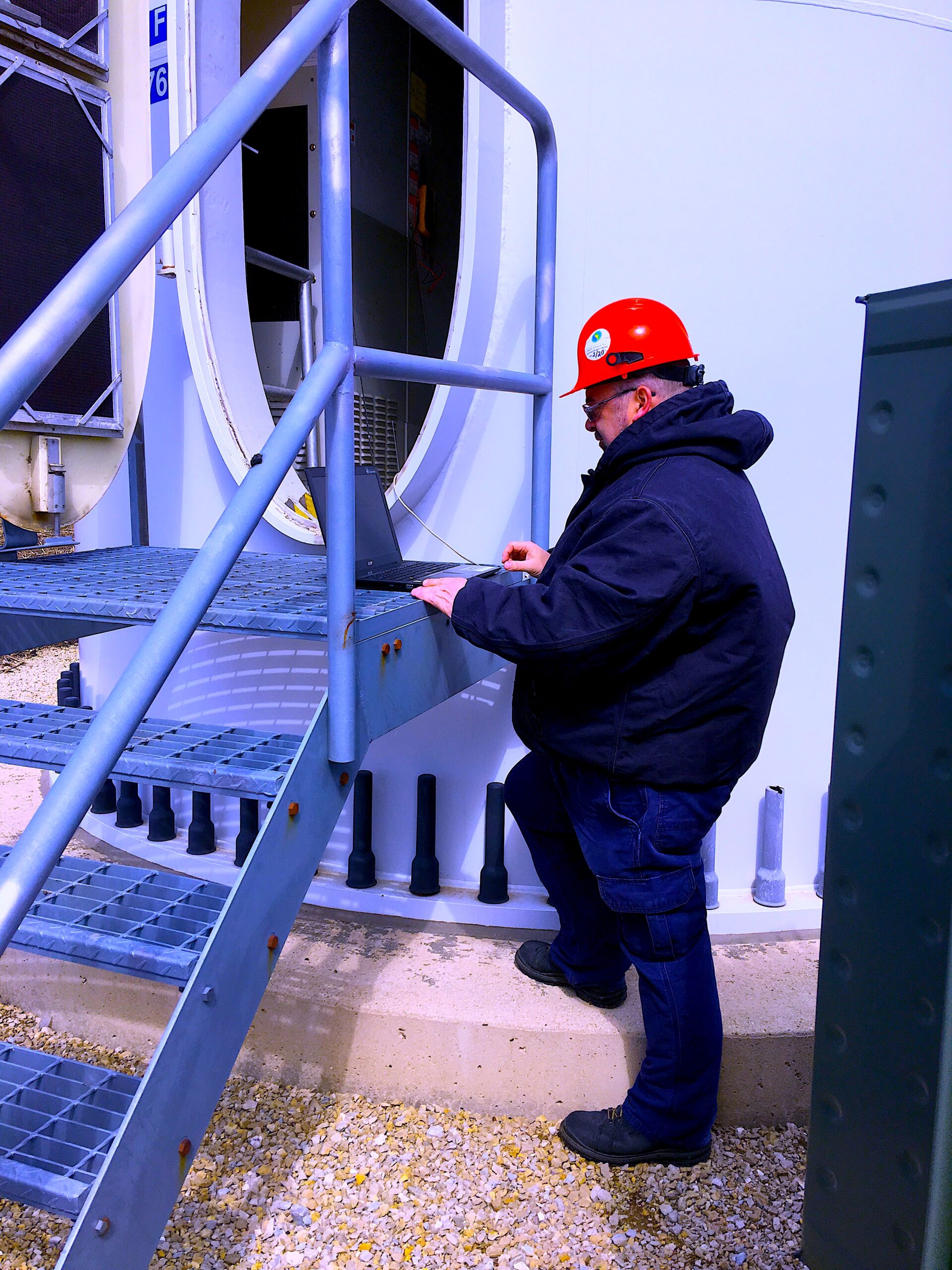 Fig. 1. Temperatures can be brutal at wind-turbine sites. In the case of the
unit shown here, work was being performed in -23 C conditions.

Importantly, a newly published EIA.gov article, “Extreme Winter Weather is Disrupting Energy Supply and Demand Particularly in Texas” (Feb. 19, 2021, see link below) doesn’t point to the issue as solely a Texas problem, but one that’s regional in scope. The largest culprits in the lack of energy over the past few days appear to have included natural-gas and transmission-line issues; fuel-transportation and other infrastructure problems; lack of generating-facility weatherization and probable forecasting errors by the Energy Reliability Council of Texas (ERCOT, ercot.org). The real question, in the current debate is, “What, exactly, do those things have to do with wind and solar power?”

Click Here To Read The Referenced Feb. 19, 2021, Article From The Energy Information Administration

WIND AND SOLAR CONSIDERATIONS
When construction of any project is planned, owner/operators consider the risks associated with the environment and costs. Accordingly, those planning projects in Southern regions of the U.S. probably wouldn’t install the types of cold-weather-mitigation systems used in Northern states and Canada. Although such systems can be costly to install and maintain, they are definitely available.

Some components, though, will still have limits. For instance, in a forensic investigation of generator failures from the Dakotas, we discovered that plastic components were crumbling in cold weather designed turbine generators. A review of weather history for the area showed that temperatures had dropped below -40 C several times, which is why the turbines had been designed for -40 C with space heaters in the nacelle for lower dips. The space heaters in the failed towers, however, were inactive and the crumbling plastic components, which had a temperature limit of -20 C, became brittle. 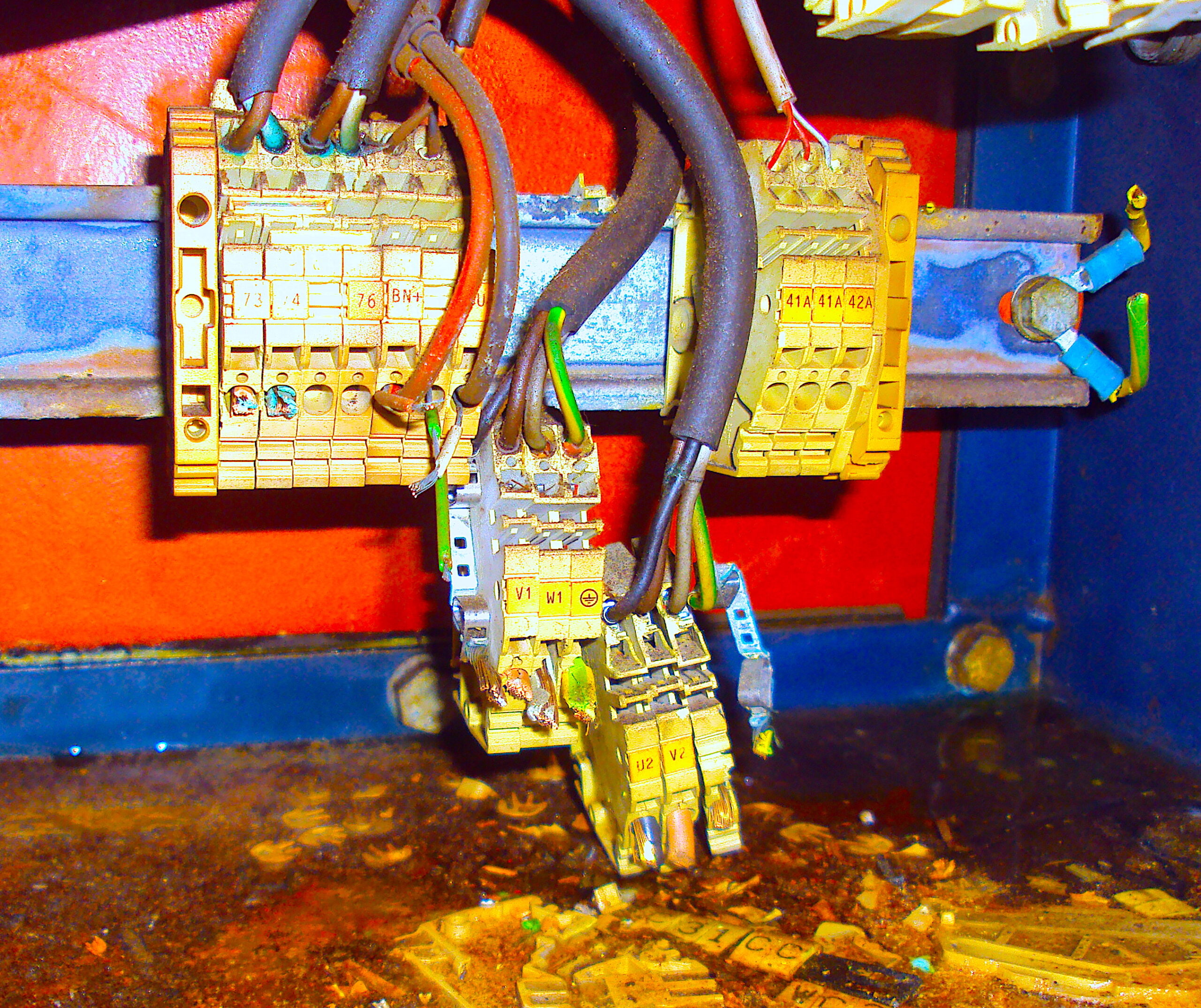 Fig. 2. These crumbling plastic components in a wind-turbine nacelle at a site
in the Dakotas had grown brittle due to extremely cold temperatures.

One important consideration in the design of wind-power systems is the fact that nacelle components have greater exposure to ambient temperatures than those of ground-based generation. The reason is that the up-tower systems are exposed on all sides, as opposed to generators on the ground that will have a more rigid and protected structure with the ground also acting as a heat sink.

A review of Northern towers shows space heaters and cold-weather materials in place and cooling systems for summer and blade-de-icing systems installed. For extreme conditions in the Northern part of the country, there are also de-icing spray systems for blades and cones, and even a few blade-warming systems, including warm-air blowers. These technologies were discussed at the 2020 Canadian Wind Energy Association (CanWEA, canwea.org) Operations and Maintenance Conference held Jan. 29 – Jan. 30, 2020, in Mississauga, Ontario.

One of the biggest concerns in cold-weather regions is not just potential blade unbalance, but also the “cast distance,” or how far ice is thrown from the blades. As one presentation at the 2020 CanWEA conference noted, this distance can be “hundreds of meters.”  Thus, the objective of the de-icing systems and blade coatings becomes one of eliminating or reducing the size of any cast materials since smaller and lighter materials travel less distance.

On a related note, solar panels have similar concerns with icing and de-icing systems and location. While some coverage on the panels will reduce their efficiency, substantial amounts of snow and ice will have significant impact. As with wind turbines, for solar panels in Northern climates, weatherization systems are used to protect the surfaces and minimize impact on components. These systems, of course, have costs associated with installation, maintenance, and energy consumption, all of which must be considered. 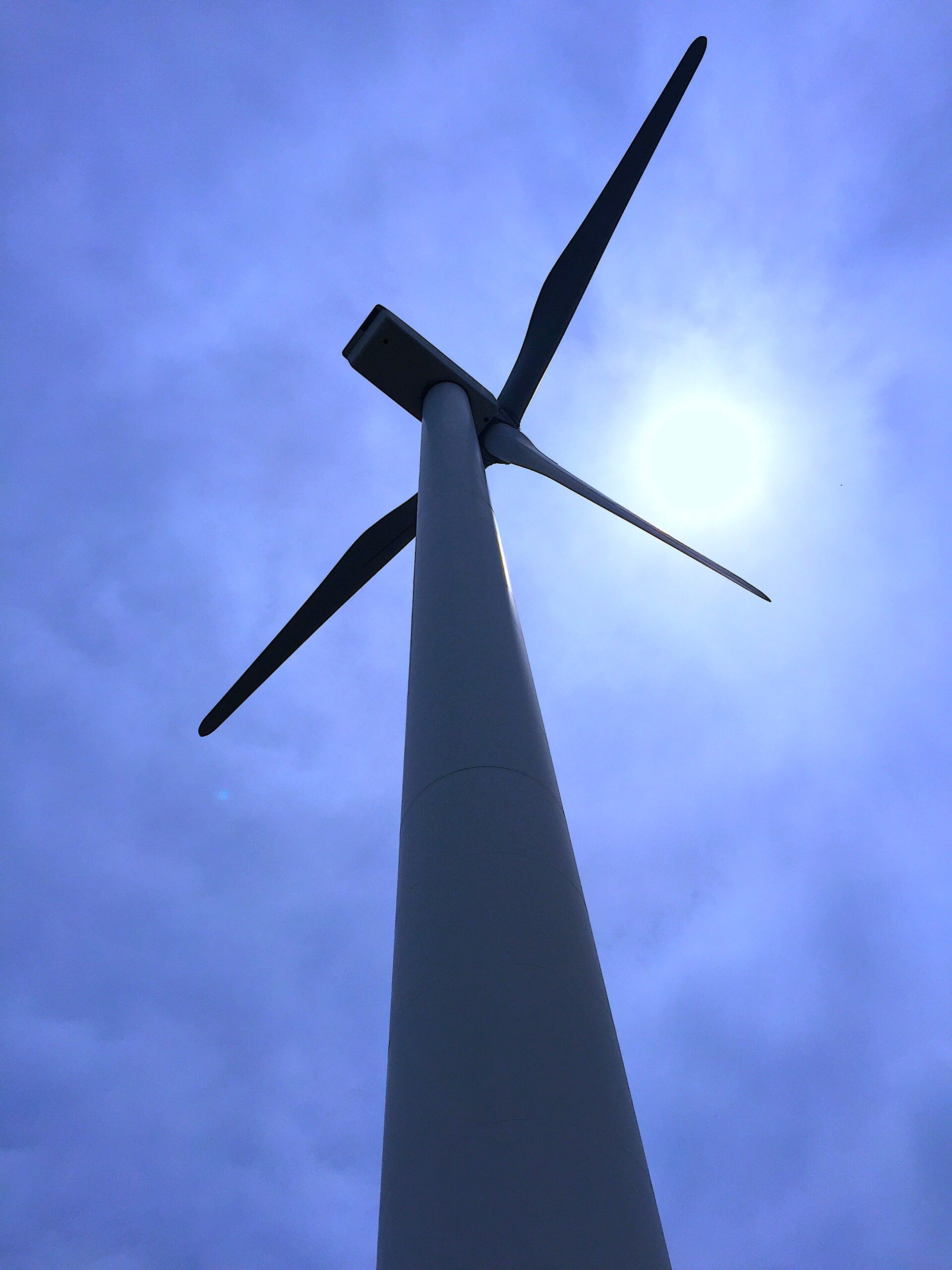 An additional consideration when it comes to wind turbines is the efficiency of the plant, i.e., the entire wind-turbine site. Most weather-mitigation systems require electric power to operate. To put this into perspective, one warm-climate, large wind-power site we worked on had a load of about 1.6 MW (the equivalent of one fully producing turbine) when all of site turbines were offline due to a mid-day drop in wind. The addition of electrically operated mitigation systems would increase that loss.

Energy-storage systems are also a concern. These include battery-, flywheel-, thermal-, and pumped-storage systems. Those most often associated with wind and solar energy are battery storage and flywheel, which take up the load during short periods of wind loss. In the case of weather extremes where a battery storage system isn’t weatherized, storage capacity can drop dramatically.

OVERALL POWER-GENERATION CONSIDERATIONS
While this article is primarily focused on the systems at wind- or solar-energy sites, the overall power-generation considerations go well beyond system components. Power lines, transformers, well heads, and a host of other issues all contribute to unexpected environmentally related power loss. From a fuel and generation perspective, the EIA, American Clean Power (americancleanpower.org), and associated utilities have noted that the primary loss of power came from deficiencies in natural gas and remaining fixed-base generating plants, as the power generation from wind and solar had been projected to be lower at this time of year.

While the recent severe weather conditions will have an impact on the near- and long-term reliability of all forms of energy due to immediate and latent damage, the solar and wind impacts on the present situation throughout the Southern U.S. have been identified as being lower than other systems. One of the more significant takeaways from the situation in Texas is far more profound.

Given the SmartGrid and Cybersecurity work in which the Society for Maintenance and Reliability Professionals (smrp.org) participates with National Institute of Standards and Technology (nist.gov) and other Federal organizations, such as the U.S. Department of Energy (doe.gov, energy.gov), it’s no secret that the United States has infrastructure issues with an aging electrical grid system. Problems associated with our current limited capacity and rapidly growing demand will only increase as more systems switch to electricity and greater numbers of drivers opt for plug-in electric vehicles.

The concept behind SmartGrid is to identify methods of immediate control over how power is transported used, and stored and, thus, improve the efficiency of existing and upcoming systems. Policies around energy efficiency, while publicly communicated as “green” and related to climate change, have the underlying purpose to reduce load on the electric grid. Additionally, the definition of microgrids, which are buildings, sites, locations, and regions that have their own power-generation capabilities, has been incorporated within the last four years with a primary concern surrounding cybersecurity. The secondary purpose is the ability to split that microgrid off from the national or regional grid should some type of event occur that could cause a cascading loss of power.

IN THE FINAL ANALYSIS
As for some questions that have come up as a result of our recent weather woes, the basic conclusion is this: Yes, like other electric-power-generation and related transmission-system problems that occurred in Southern states in February 2021, wind and solar power sources were affected.

It’s more important, however, to understand that the follow-up investigation of the horrifically long outages in Texas will probably find the overarching problems to be far more complex than a reduction in wind and solar energy. While there will, most likely, be future changes built into many of the wind, solar, and storage systems in that region (changes driven by the wind, solar, and storage-site owners themselves), expect numerous recommendations regarding capacity, storage, and infrastructure to come out of the final failure analysis.TRR