Causes and Solutions: Looking Beyond The ‘Person’ 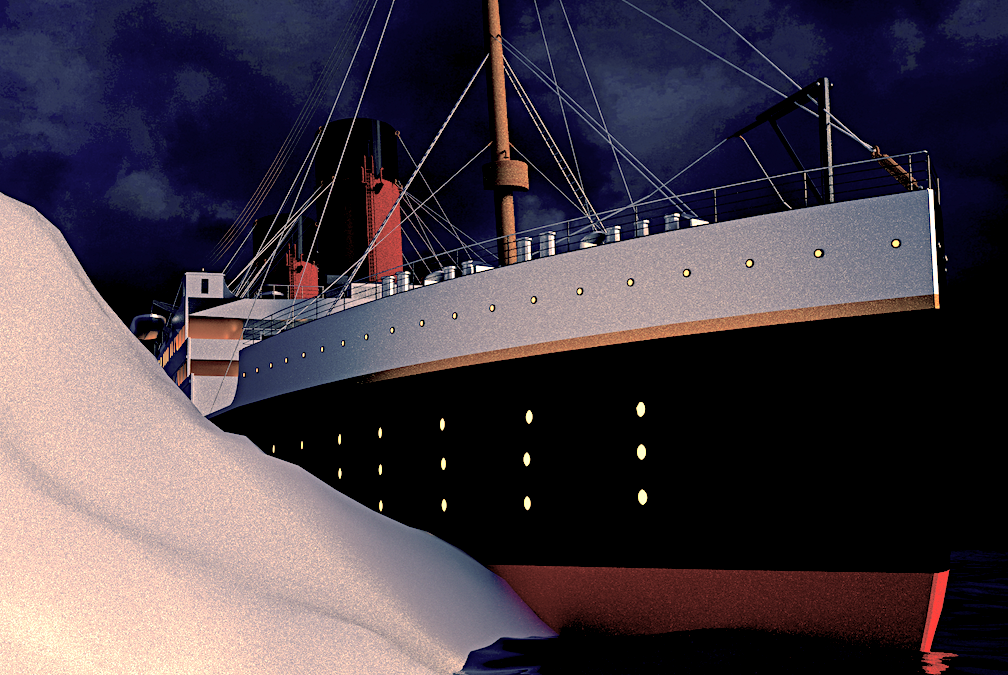 “Human error” is an often-cited cause or contributing factor in accidents and failures. We routinely see this with our plant equipment. But, identifying ways to reduce or eliminate “human error” can be challenging without a structured process for indentifying and quantifying the underlying human factors for specific incidents.

Let’s look into a few historical examples for some powerful insights.

‘IF IT WEREN’T FOR THE ICEBERG’
While running at near-maximum speed, the RMS Titanic, the world’s most technologically advanced steam ship, struck an iceberg and sank on April 15, 1912, taking more than 1,500 souls with her. We could truthfully say, “If it weren’t for the iceberg, the Titanic would have had a glorious maiden trans-Atlantic voyage.” That statement, however, would be an oversimplification.

Among the technological marvels on board the Titanic was the Marconi wireless radio. It was operated exclusively by employees of the Marconi Co., solely as a service to the ship’s passengers. When icebergs were spotted in the shipping lanes by other ships in the area, their captains sent radio messages to the Titanic. Later, radio warnings from the SS Californian were ignored in favor of a backlog of passenger messages. But, “If it weren’t for the iceberg…”

Fred Fleet, a surviving crewman, was in the Titanic’s crows-nest on lookout for ice the evening of April 14, but he didn’t have binoculars. While binoculars were actually available, they were secured in the vessel’s telephone locker, to which nobody on board had a key. Second Officer David Blair, who was bumped from the ship at the last minute by bosses at the White Star Line, had forgotten to hand off the keys to his replacement, a more senior Second Officer Charles Lightoller. But, “If it weren’t for the iceberg…”

(During the disaster investigation, when he was asked how much sooner the iceberg could have been spotted with binoculars, the lookout Fred Fleet replied, “Well, enough to get out of the way.”)

The Titanic disaster those many years ago led to significant changes in ship design, radio communications, and other navigational breakthroughs. However, the most significant, yet preventable, contributing factors that led to the ship’s demise could not be eliminated by design. Those were the human factors. Human fallibility at multiple levels went largely unnoticed during the Titanic’s ill-fated voyage.

‘THE PARKING BRAKE WAS DESIGNED TO HOLD’
The Airbus A340-600 “super-stretch” aircraft is known for the new manufacturing techniques and state-of-the-art technologies that went into it, as well as its extended range, fuel efficiency, unrivaled interior comfort and amenities, and reduced maintenance cost. Powered by four Rolls Royce engines, each generating 56,000 pounds of thrust for a take-off weight of over 400 tons, the A340-600 is the longest passenger aircraft flying today. Only 96 of these behemoths are currently in service worldwide.

On Nov. 15, 2007, a brand-new Airbus A340-600, crashed during a ground engine test at the Airbus facilities at Toulouse International Airport, in France. The $250-million plane, which had been scheduled for delivery to Etihad Airways, in the United Arab Emirates, was a total loss after less than 13 seconds of movement.

The new aircraft had just finished a static ground test, when a technician started the engines again for a full-power run to find the origin of oil leaks. After all, as was reported, “The calculations showed that the parking brake was designed to hold under full engine power.”

Unfortunately, the 242-ton aircraft hit the wall at 35 miles per hour, causing the forward fuselage to break off and fall forward and down the other side of the wall. Engines 1 and 2 were damaged when they hit the wall. Engines 3 and 4 could not be shut down because the throttle controls were severed. Engine 4 was shut down more than 2 1/2 hours later, when water and fire-fighting foam snuffed it out. Engine 3 continued running for nine hours, until it finally ran out of fuel.

The cause of this A340-600 aircraft mishap was summed up as “a lack of detection and correction of violations to test procedures.” Translation: human factors. But, “The parking brake was designed to hold…”

USDOD TO THE RESCUE
What can we learn from these two examples of human factors in preventable mishaps and failures? The first step in eliminating problems is to identify contributing factors, with the human ones being the most illusive. Unfortunately, we often refer to this situation as “human error,” which is another oversimplification. Let’s learn how the U.S, Department of Defense (DOD) has identified and categorized contributing human factors.

In May, 2003, a memorandum from the U.S. Secretary of Defense proclaimed, “World-class organizations do not tolerate preventable accidents. Our accident rates have increased recently, and we need to turn this situation around. I challenge all of you to reduce the number of mishaps and accident rates by at least 50% in the next two years.”

That memorandum led to the formation of the DOD’s Safety and Oversight Committee and a powerful emphasis on Human Factors Engineering (HFE). Statistics revealed that 80% to 90% of all mishaps were caused by “human errors” at some level.

The result was the “Human Factors Analysis and Classification System (HFACS).” This framework included the following four tiers and associated factors to help understand why a mishap had occurred and how it might be prevented from happening again.

In both bullet-point lists, note how HFACS and HFACS-ME have identified “Acts” of the Operator or Maintainer as the category with the fewest causal or contributing factors. They have, essentially, looked beyond the person at the controls or on the tools for causes and potential solutions.

LESSONS FROM THE AIRBUS MISHAP

Using HFACS to assess and classify the contributing factors of the previously described 2007 Airbus incident, led to the following report summary:

Unsafe Acts:
Errors—The technician was fixated on applying the brakes and steering the nose wheel instead of reducing power.

Violations—Procedures require full power for only two engines at a time (the one leaking and one on the opposite wing): The use of wheel chocks is required for engine tests.

Preconditions for Unsafe Acts:
The Airbus technician was unaware the aircraft was moving until the on-board customer representative told him so. The technician also testified he often carried out this test but with higher aircraft weight.

Unsafe Supervision:
The technician admitted that some tests were conducted outside the scope of the Customer Acceptance Manual due to the pressure of the on-board customer representative.

Organizational Influences:
There were oversights in safety processes shown in video recordings from several days prior to the incident. Some tests were performed with wheel chocks and others without wheel chocks even though procedures require the chocks during engine tests. The lack of detecting procedural violations and taking corrective action was cited as promoting the test outside of the established procedures.

APPLYING HFACS/ME IN INDUSTRIAL OPERATIONS
What can we learn and put into practice based on the DoD HFACS and HFACS-ME? Their goal: “to identify and eliminate the causes of aircraft mishaps and failures.” Something similar can be said regarding the use of HFACS and HFACS-ME (“HFACS/ME”) in equipment-intensive industries: “to identify and eliminate the causes of critical-equipment mishaps and failures.” In other words: Improve equipment performance and reliability.

We should be able to identify and classify human factors that contribute to equipment failures and mishaps in our plants and facilities. Then, given those factors establish countermeasures to eliminate the causes in the future. Here is a starting point based on the HFACS/ME factors that could easily apply to manufacturing plants or any equipment-intensive facilities:

Consider this: First, bad decision-making can overcome the best of technologies. Second, a technology is only as good as the people using it. And third, complex systems rarely fail without warnings. Understanding the impacts of human factors is the key to improved performance.

Think proactively: Consider the human factors that would contribute to flawless human and equipment performance in your plant when developing maintenance procedures, operating procedures, training programs, and root-cause-analysis (RCA) methods. When failures occur, identify contributing human factors when investigating causes of equipment failures and investigate the effectiveness of policies, procedures, and work processes.

BOTTOM LINE
Making an HFACS model work in our plants and facilities has many powerful benefits. Among them is improved reliability (reduced breakdowns and equipment failures), plus improved workplace safety, product quality, and on-time delivery. Stay tuned for future articles on human factors for industrial-equipment-reliability improvement.TRR