A Short Management Story to Consider 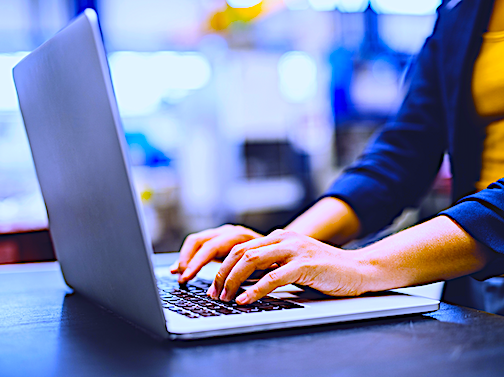 The following account is a “think piece” (as my editor would say), concerning a management initiative. While the overall facts are genuine, the story posted here is based on several organizations that have gone through similar experiences. Once you read it, please “think” about the questions at the end. After all, there are multiple things going on here. The gist of the story and type of initiative described in it may be something members of the RAM community might want to discuss among themselves.

THE STORY
Acme Industries Amalgamated (AIA) is a hypothetical industrial concern located somewhere in the North American Midwest with a typical top-down management organization. It employs several hundred people. Some employees are involved with site security; some are mechanics, technicians, and equipment operators; some are engineers and technical specialists. Then, of course, some are administrators.

The administrators have various professional backgrounds. Some have been promoted to management from the company’s pool of engineers, technical specialists, and operators, albeit after periods of time in lower positions at the company.

At some point, senior management of AIA announced, rather unexpectedly, that the services of a third-party consulting company had been engaged to perform a survey. The stated purpose  was to determine if any organizational weaknesses existed. Outside of senior management, it was not known what prompted the project. No management metrics or reports known to the rank and file had indicated that a survey was needed, or that one was being planned.

After the announcement, a company-wide campaign was quickly initiated to have all employees respond to the survey questionnaire through their respective desktop computers. The survey contained questions about a person’s job, in which department her or she worked, what the person thought about his or her supervisor, how she or he thought things were going, and so on.

The instructions for the survey urged the responders to be honest in answering the questions. They noted that less-than-honest responses would adversely affect survey results. The survey, otherwise, was typical of many such efforts, with the response choices being: strongly agree, agree, no opinion, disagree, and strongly disagree.

While the survey company indicated all responses would be confidential and all answers would be aggregated so that no single individual’s answers could be spotted, employees who did not promptly fill out and return a survey were individually prompted, via computer messages, to do so, until they complied.

Employees initially received the survey on a Monday, and were expected to have completed it by close of business on Friday. And, by the Friday deadline, 93% of all employees had complied. The remaining 7% included people traveling on assignment, on vacation, on sick leave, or, otherwise, were legitimately not at work. The survey company indicated that a 93% completion rate was satisfactory.

After the survey company tabulated and assessed the data, a meeting was first held with senior management to reveal the results. A second, follow-up meeting was then held with line supervisors. Afterwards, a summary sheet of the survey’s findings detailing how each department had responded was emailed to all employees. Departmental meetings were then conducted by line supervisors to explain and discuss the findings.

The primary findings of the survey were as follows:

1.  In general, most administrative and work functions were all right, although,
as expected, some departments were doing better than others.

2.  In many departments, there was a significant weakness in communication between
management and the rank and file.

Subsequently, departments were required by senior management to put forth plans describing how their respective personnel would address the communications issue. They were then required to implement the plan. Monthly reports were to be generated and forwarded up the management chain of command that described activities and progress. All rank and file employees were required to be involved. After six months, a second survey was to be given to see how much progress had been made.

Prior to the original survey, AIA had reduced its total employee population over a six-month period by about 5%, and some re-engineering of jobs and re-alignment of positions had occurred. It was rumored among employees that senior management would eventually reduce the total employee population during the next six months by another 5% through attrition and early retirement buy-outs. The work tasks of the 5% no longer with AIA had been re-distributed among the remaining employees.

Consequently, when the initial survey was announced, there was a certain uneasiness among some employees. Further, the extra activities, reports, and meetings related to fixing the communications issue were in addition to existing work assignments. Since most employees already had seen their work loads increase when the reduction in manpower occurred, the added work involved with overcoming the communication-weakness issue was not welcome.

During the six months that employees attended meetings, performed various activities, and submitted reports addressing the communications issue, it was quickly realized by the rank and file that the extra work had been self-inflicted. By answering questions on the survey that indicated there was a communication problem, they had brought this on themselves. Thus, when rank-and-file employees had conversations among themselves during breaks and after hours when no managers were around, they agreed that on the next survey all would answer the queries indicating all was good: There was no longer any communication issue.

And that’s exactly what happened. Nearly all employees “strongly agreed” or “agreed” that things were fine, and that there was no communications weakness between the rank and file and management. The few employees who did not follow the plan provided sufficient statistical variation to allay any concerns that the survey company might have had about a cabal rigging the outcome.

In turn, the survey company met with AIA’s senior management and let them know that the consultants’ program had both detected and fixed the communication-weakness “problem.” A follow-up meeting was then held with line supervisors to announce the good news, which was later shared with the rank and file in individual departmental meetings.

Since the problem had been fixed, the extra activities and reports related to fixing the communication problem were no longer needed. Eventually, the time employees previously spent on the corrective actions related to communication issues was  superseded by re-distributed work inherited from the next 5% of personnel who were later eliminated by attrition and buy-outs.

No subsequent similar survey by the same, or similar consulting company was done afterwards.

QUESTIONS ABOUT THE STORY
As noted in the opening paragraph, multiple things were going on in this story. The following questions are offered merely as food for thought. No actual answers are needed or expected.

1.  Was there a real communications weakness between management and the rank and file?

3.  What was the third-party survey company really doing?

4.  What was the third-party survey company really doing?

5.  What was the senior management of AIA really doing?

Because the initiative described in the story impacted personnel working in the RAM arena, readers of The RAM Review may wish to discuss these questions among themselves.TRR

ABOUT THE AUTHOR
Randall Noon is a registered professional engineer and author of several books and articles about failure analysis. He has conducted root-cause investigations for four decades, in both nuclear and non-nuclear power facilities.