Fluid-Machine Repairs: A ‘Then and Now’ Tale 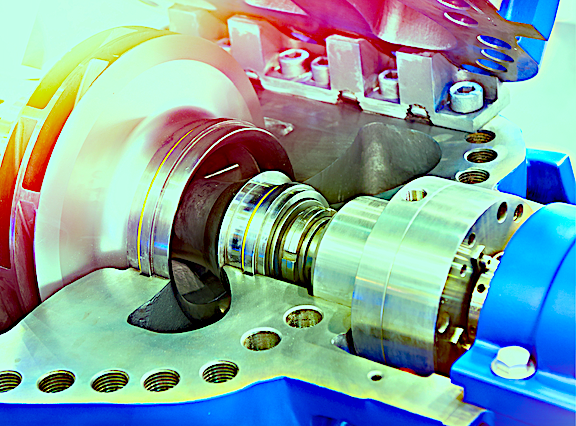 Decades ago, I was given the opportunity to study how different refinery giants re-shuffled their approach to pump repairs. Two different corporations provided insights into what went right and what went wrong.

In the 1950s, each of two different world-scale Refineries maintained a huge onsite shop, where they worked on compressors, re-bladed gas turbines, constructed heat exchangers, and repaired their process pumps. Back then, the MTBR (mean time between repairs) was only about 36 months (these days, it’s roughly 7 years).

Because one of those two major refineries shared its plant site with the Corporation’s Chemical units, a huge onsite Central Maintenance Shop repaired pumps for both the Refinery and Chemical operations. Over time, however, friction grew out of the shop’s scheduling practices. The Refinery side complained that everything done for Chemicals was a rush job that interrupted the Refinery’s work schedules.

The fix: Chemicals was given 28% of the floor area to do their own thing. Sadly, though, Chemicals didn’t have its own boring mill, nor its own rotor-speed test pit. There just had to be a better solution somewhere on the horizon.

And there was: It came in the form of another main repair shop being built on the site, right at the intersection where Euphoria Street met Despair Boulevard. But problems of an unspecified nature surfaced and it became clear a different fix was needed.

This second fix involved four different small repair shops being set up onsite. After all, Chemicals had four different process units. Each of those shops had its own King, one of whom bought a lathe from East Germany and two milling machines from West Germany. Unfortunately, there was still only one storehouse for spare parts and the like, and the four Kings found it difficult to get immediate preferential treatment from stubborn clerks who had received advanced training in industrial bureaucracy. Consequently, each King had his own sub-store of expendable parts, including elastomeric couplings that failed when least expected, and nearly killed people whenever their Factor of Safety (which was probably around 1.02) was exceeded due to imperfect shaft alignment.

You can see where I am going with this, can’t you? Yet another fix was needed.

Fortunately, the four Kings and their agonies finally came to the attention of the Corporation’s top management, who came up with their own solution:  They realized that many outside repair shops were operating within five miles of the Refinery and Chemical Plant’s respective main gates. All of those contract shops were aggressively competing for the Corporation’s repair business. In fact, most of them were owned by the Corporation’s retirees (or their cousins and uncles).

Alas, all repair jobs that were eventually sent out those shops had to comply with two out of three adjectives: Cheap. Fast. Good. The combination of “Good-and-Fast” was not “Cheap.” Likewise, “Good-and-Cheap” was not “Fast.” That’s why “Cheap-and-Fast: became the new normal for pump repairs by outside shops in the mid-to-late 1970s.

“Cheap-and-Fast,” however, created a unique problem. Repaired machines were re-installed, started up, and immediately shut down because the outside shops could not proof-test their work. Asset owners had to step in to do the cleanup job. And that’s how it went, until expert repair shops established themselves and seasoned managers instituted checklists. The pre-qualification of competent shops commenced, and those that viewed every repair event as an opportunity to upgrade were favored.

In turn, managers at this particular Corporation learned valuable lessons and passed them on to their successors, who then did the same with theirs. As a result, savvy managers at this company and other process operations around the globe now take an active role in training future subject matter experts (SMEs) who detest repeat failures.TRR