‘A Stitch in Time Saves Nine’ 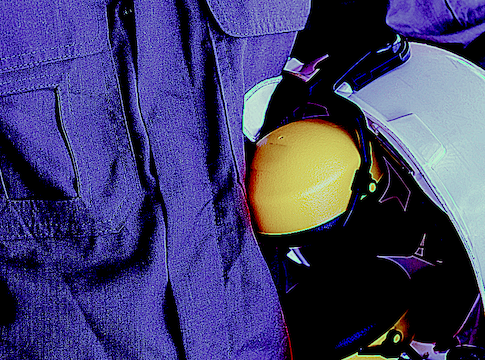 Many decades ago, my grandmother would leverage the old adage in this title to remind me about the importance of taking precautionary measures. Neither she nor I, though, ever could have imagined how that saying would apply to reciprocating compressors some 77 years later. But it did apply, as can be seen in the following real-world account.

CASE IN POINT
A generally well-run U.S. oil refinery saved money by depending on its operators more than is customary. When a power failure caused one of the refinery’s large reciprocating compressors to suddenly stop, a crosshead pin was oriented such that its oil supply hole was pushed against the bore surface of a babbitted bushing. Although the compressor’s emergency oil pump started automatically and without delay, no oil could flow into the clearance gap between pin and bushing. Unfortunately, because there was no cooling, the babbitt softened and lost much of its compressive strength.

At other installations, compressor cylinders would automatically be unloaded whenever a compressor’s crankshaft wasn’t rotating. The refinery in question, however, had checklists requiring operators to manually open the various cylinders when the machine was stopped. In the near-chaos of alarms going off in the control center, manual unloading was either forgotten or not among the top priorities of the operators.

When the compressor was restarted about an hour after the unexpected shutdown, the weakened crosshead-pin bushing gave way and caused a repair outage that lasted several days. During the outage, proactive reliability engineers succeeded in making the case for also carrying out grouting repairs. The need for such re-grouting had been evident for many months, and operating a large compressor without proper grout support was (and is) an invitation to wreck a crankshaft.

WORDS TO THE WISE
Whether the refinery ultimately retrofitted its reciprocating compressors with automatic unloading actuators was not disclosed. However, we can rest assured that my grandmother was correct with her well-used reminder about a stitch in time saving nine. The adage was proven to be applicable to gas-compression machinery and, no doubt, should apply to other types of plant assets as well.TRR